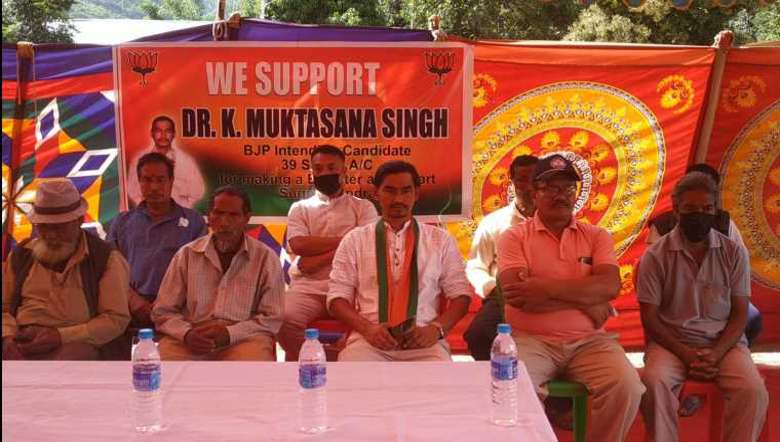 With the aim to empower youths in politics, the general public of Serou, Kakching district on Friday have given their support to BJP intending candidate of Sugnu assembly constituency, M Muktasana in the upcoming assembly election.

Speaking to the media persons, Muktasana said that Sugnu AC has a lot of natural resources and agricultural lands. However, due to unfit representation of the constituency, it remains as one of the most backward constituencies in the state.

Pointing out the various failures of the past MLAs of Sugnu, he said that the roadways in the constituency are one of the worst in the state. Moreover, there are no good healthcare and no proper drinking water facilities in the assembly constituency.

One the other hand, the Indo-Burma Sugnu road is becoming a route for black trade due to the failure of setting up the Excise and Customs office and check post.

There is a need for certain changes in the development policy in order to uplift the economy and livelihoods of the people of Sugnu AC, he pointed out.

Asserting that a real people's representative is strongly needed in Sungu for a positive transformation, he assured of working at his best level by taking opinions from the experts and leaders to make the assembly constituency a developed town.