MPCC vice president Kh Ratankumar said that construction of DIET Imphal West was already started at Charoibung Mayang Imphal when he was the education minister in 2016. 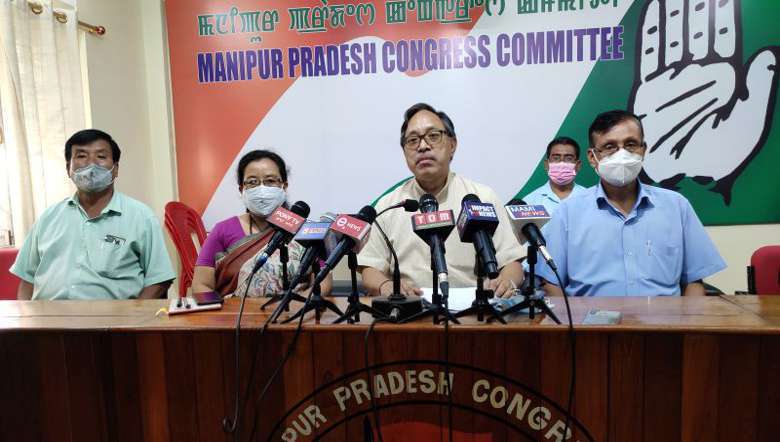 Manipur Pradesh Congress Committee (MPCC) vice-president Kh Ratankumar urged the state government to disclose the new site and blueprint of the new District Institute of Education and Training (DIET) centre of Imphal West which is going to be constructed soon.

Addressing the media persons in a press conference held at Congress Bhawan on Friday, Ratankumar said that construction of DIET Imphal West was already started at Charoibung Mayang Imphal when he was the education minister in 2016. Foundation stone was laid in this place which is around 5 acres of land.

On the contrary, Education Minister Sorokhaibam Rajen had claimed that not a single project for construction of DIET Centre Imphal West was taken up. However, clarification was made in this regard and submitted necessary documents, he added.

He continued that though the education minister had claimed that no initiative was taken by anyone earlier, an SCERT seeking proposal of shifting the DIET centre has come to notice.

The application has mentioned that the site selected for construction of DIET was surveyed and soil testing was conducted. The survey found that the top layer of soil which is up to 7 metre depth needs double piling as the site is weak in nature, he informed.

He stated that however such inspection or survey was not carried out in the area where foundation stone was laid for construction. As such, the state government should reveal the blueprint of construction of DIET Centre Imphal West which is planning to shift in some place, most probably in Lamshang area.

The present MLA of Mayang Imphal being from BJP did not intervene the shifting of this institute building to some other place, he added