The choreographic presentation, composed of classical, folk, Kathak and Bharatnatyam, was performed by 40 artists and choreographed by G Loken Sharma. 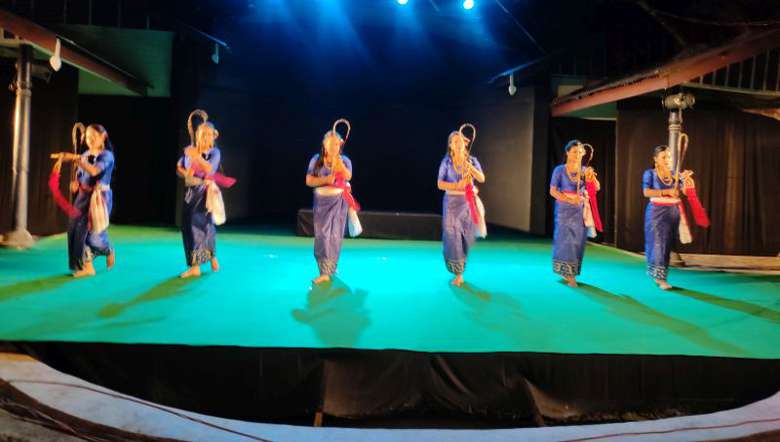 Addressing the function as chief guest, Art and Culture commissioner, M Joy said that the choreography of the dance was beautifully composed in an attractive way carrying symbolic meaning. However, a choreographer should always bring the originality of their respective dance form.

Art and Culture director, Ng Uttam said that people always talked about promoting unity and integrity in the state. However, in practicality, only geographical integrity is visible and there is no emotional integrity between hills and valleys, which could be built through culture.

To make the bonding, the state government will be taking up various cultural exchange programmes, he added.

As a part of Azadi Ka Amrut Mahotsav, Unity Week will be organised at Chandrakirti Auditorium from October 25. During the programme, dramas will be produced under the sponsorship of ‘Chief Minister Gi Artist Singi Tengbang’. For music and dance, a separate festival will be organised soon, he added.