One dead, three injured in road accident in Manipur 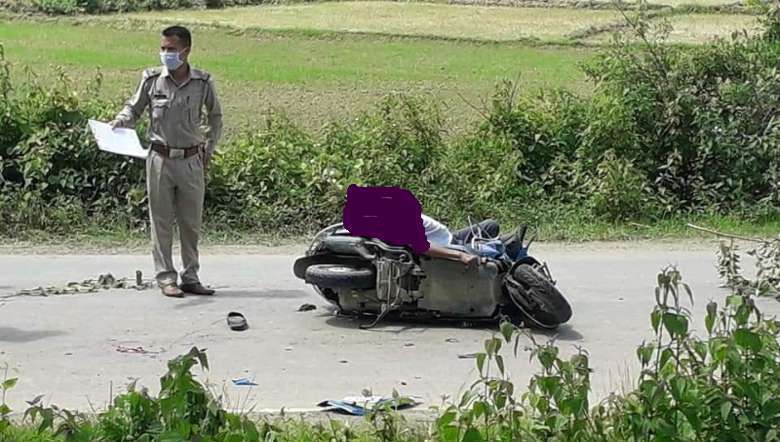 A 73-year-old man was killed and three others were injured in a road accident in Manipur's Yairipok Heitroipokpi Chingya in Thoubal district on Friday.

According to the police, the deceased has been identified as Khundrakpam Kesho  of Ingourok Awang Leikai. He was riding one of the ill-fated Honda Activa ( MN01 A 5508).

Police said that Matum Naba and Abujam Ibopishak were returning  from Yairipok towards Chandrakhong in a Honda Activa (MN04 D- 4679) when the accident happened.

All injured persons have been evacuated to a nearby hospital for medical treatment.

The two vehicles collided due to rash or negligent driving on both sides, the police stated, adding both vehicles were badly damaged.

Police registered a case in connection with the accident and the dead body has been deposited at the Jawaharlal Nehru Institute of Medical Sciences (JNIMS) in Imphal for post mortem.