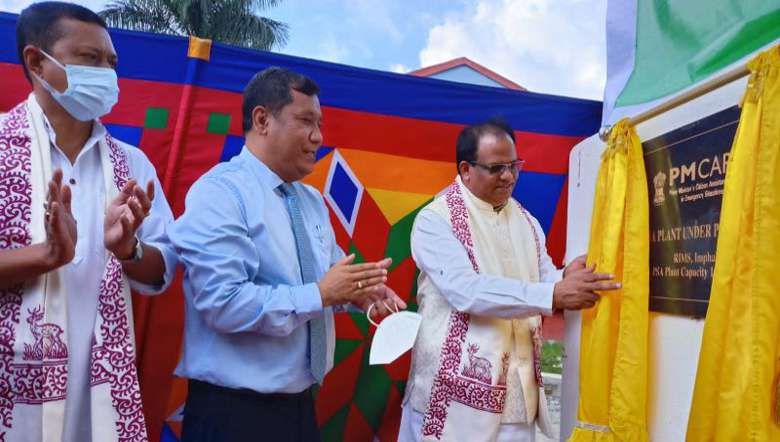 The plant was set up under the Prime Minister's Citizen Assistance and Relief in Emergency Situations Fund (PM CARES).

The union minister also inspected the ongoing construction of Model Residential School at Saitu, Kangpokpi district. The residential school is being constructed under Pradhan Mantri Jan Vikas Karyakram (PMJVK), a centrally sponsored scheme of the Minority Affairs Ministry with a project cost of Rs 26.25 crore.

The union minister who was on official inspection tour of Kangpokpi, Senapati, Ukhrul and Churachandpur on Thursday visited Sadbhavna Mandap of Tuibong  and Lamka south, PHSC Gelzang, SSA residential school of new Lamka and school building construction site at Lanva Model High school. He said that he was satisfied with the ongoing work but admitted that some are still incomplete. 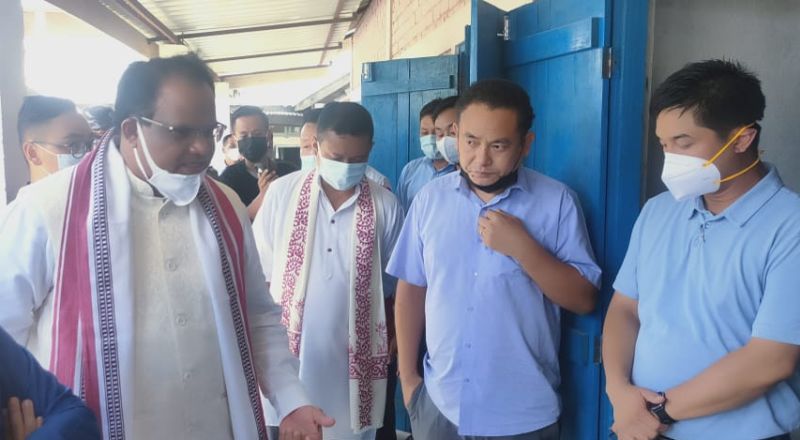 Inspecting Lanva Model high school, he said that the ministry will soon release Rs 9 lakh for construction of toilets. He also said that one priority was to spread awareness to civil organisation leaders and religious leaders. Otherwise, the people at the grass root level will not know what the departments are doing for their upliftment, he said.  The union minister also said that there is a mechanism under which the local or state level initiatives are put in place but he was planning the development from the Centre under PM Modi project to implement them at the grass root level.

After holding interactions with the official from district administration, Churachandpur, the union minister and his team returned back in the late afternoon although they were scheduled to visit Singhat for inspecting the Model Residential School.