Governor La Ganesan in his message, stated that this festival through the ages has withstood the test of time and has become a rallying point for the state's unity and integrity. 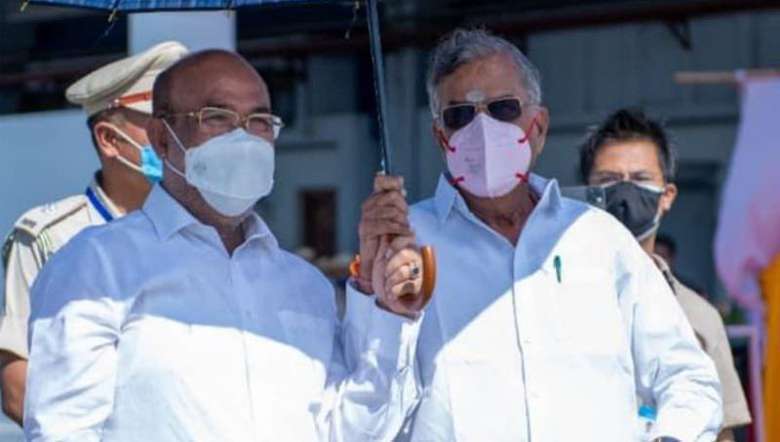 Manipur Governor La Ganesan and Chief Minister N Biren Singh extended greetings to the people of the state on the joyous occasion of Mera Chaoren Houba which falls on Thursday.

The governor, in his message, stated that the traditional festival of Mera Chaoren Houba, a festival for preserving and promoting unity and integrity amongst all the communities settled in Manipur is celebrated on the advent of Mera-tha (month of September-October).

He stated that this festival through the ages has withstood the test of time and has become a rallying point for the state's unity and integrity.

“I would like to appeal to all to celebrate this festival in its true spirit, upholding the tradition of peaceful co-existence in Manipur's pluralistic society. I hope that this festival will strengthen the bond of unity, integrity and understanding among the different communities so that peace and prosperity may prevail in the state. I wish the celebration of Mera Chaoren Houba a grand success,” he stated.

Chief Minister N Biren Singh also extended his heartiest greetings and best wishes to the people of Manipur on the occasion of Mera Chaoren Houba.

In his message, he stated that Mera Chaoren Houba is celebrated by the Meitei community on the first day of Mera Tha, the seventh month in the Manipuri Lunar calendar. It is an ancient religious festival, dedicated to Lainingthou Sanamahi and Leimarel Sidabi, he stated. This festival brings back the age-old tradition of love, brotherhood and solidarity between the hill and the valley in Manipur, he mentioned.

“I am hopeful that the festival will strengthen the bond of unity, integrity and fraternity among all communities of the state,” he added.

Labour Minister Th Satyabrata Singh also extended his greetings and warm wishes to the people of Manipur on the occasion, stating that Mera Chaoren Houba is an ancient Meitei religious festival dedicated to Lord Lainingthou Sanamahi, the supreme deity of the household and Leimarel Sidabi, the goddess of earth, nature and all creations.

“With the advent of this festival, I hope that it will bring peace, unity and bonding amongst the different communities living in Manipur. Let us pray for more happiness, health and prosperity with an aim to make a better Manipur,” he added in his message.