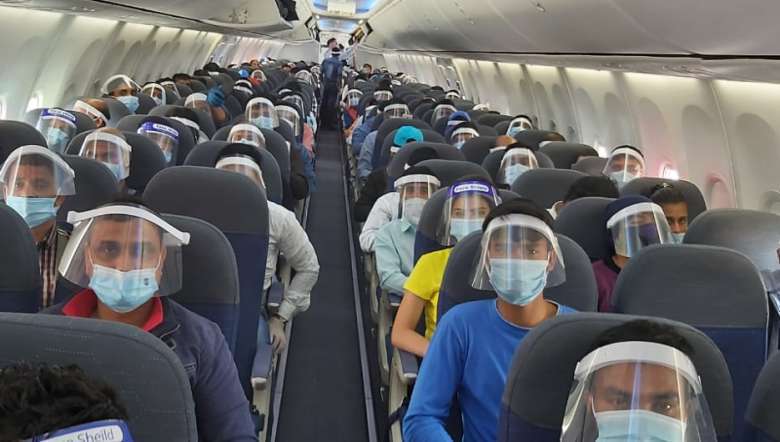 A historic flight ferrying 189 stranded Indians belonging to Northeast India took off from the Dubai International Airport on Friday morning for Guwahati, the capital of Assam.

The special FlyDubai repatriation flight is the first ever direct flight to Northeast India from the United Arab Emirates.

“We did Guwahati because no one was taking care of Indians from the north east. We started looking into it after we received many requests and since we had the resources, we decided to help,” said Gaurav Keswani, a senior corporate sales executive at Satguru Travel and Toursim, which worked with Dubai-based volunteers and organised the flight.

Many of the passengers, which included three infants, were stranded after India shut its international borders in March following the global Covid-19 crisis. A majority of them had lost their jobs in the UAE while some were visitors who could not return home after their visas expired.

Friday’s flight was a long time in the making said volunteers.

“We started getting desperate calls for help in March when the lockdowns began and quickly rallied community leaders to help those stranded. It’s been a long struggle to finally get this first flight to take off,” said volunteer Ngayaomi Ruivah, a Dubai-based graphic designer from the North East Indian state of Manipur.

Of the 189 on board, 30 passengers are from Ruivah’s home state. The rest are from Assam, Nagaland, Meghalaya, Tripura and Mizoram.

David Tusing, another volunteer, said there are still many more waiting to go home.

“We still have more than stranded North East Indians and we’re working with Satguru Travel and Tourism to organise another flight to Guwahati,” said the Dubai-based journalist and editor. “Since many of them have been out of jobs for months, we will need all the help we can get to get them to board their flights.”

More than 125,000 Indians have been repatriated since May 7 from the UAE, according to the Indian Embassy in Abu Dhabi. That’s a fraction of the more than 450,000 Indians who have registered with the embassy to return home. Initially, only the state-owned Air India was allowed to operate repatriation flights, but the government has allowed private operators to assist in organising chartered flights since May.