Mahatma Gandhiji's message for peaceful co-existence has become increasingly relevant in the present situation of Manipur which is representative of a miniature India, the governor stated in his message. 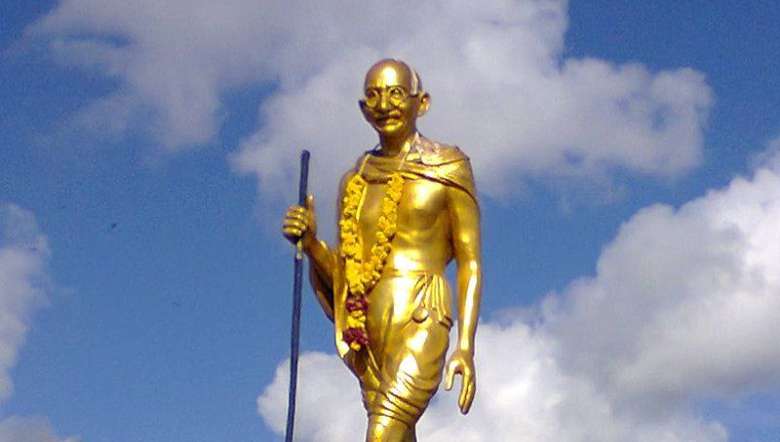 Governor, speaker, chief minister and ministers extended their greetings to the people of Manipur on the auspicious occasion of Gandhi Jayanti which is observed as National Cleanliness Day on October 2 every year in the country.

Governor La Ganesan in his message stated that ‘National Cleanliness Day’ is observed on October 2 every year all over the country to mark the birth anniversary of Mahatma Gandhi.

He stated that Mahatma Gandhiji's message for peaceful co-existence has become increasingly relevant in the present situation of Manipur which is representative of a miniature India, to ensure peace and harmony in society. Mahatma Gandhi led the nation in its struggle for freedom from the British colonial rule by using non-violence (Ahimsa) as his most powerful weapon.

Mahatma Gandhi was a real ‘Karmayogi’, an apostle of truth and non-violence, a symbol of indomitable power of the soul that stood for the cause of the down-trodden and oppressed not only in India but also in other parts of the world. Mahatma Gandhi was the greatest theorist and practitioner of truth, non-violence and tolerance, he added.

“I would like to make an appeal to the present generation to imbibe the virtue of non-violence, tolerance and humanism from the life of Mahatma Gandhi so that it will usher in a new era of hope and prosperity. While observing the day by cleaning our surroundings, we should resolve to maintain the state of cleanliness as a regular feature to make the National Cleanliness Day meaningful,” said the governor.

Manipur Legislative Assembly Speaker Y Khemchand in his message stated that the nation celebrates the birth anniversary of the Father of the Nation, Mahatma Gandhi.

Gandhiji was a person who not only brought freedom of India from the British Empire but as a social reformist, thinker, statesmen, revolutionist and most importantly as a humanist he inspired millions in the world by the way he lived his life.

“Let us celebrate Gandhi Jayanti by remembering his extreme sacrifices made for humanity,” said the speaker.

Chief Minister N Biren, extending his best wishes to the people of the state on the occasion of Gandhi Jayanti, stated that it is the day on which the nation has also been observing the National Cleanliness Day every year.

He said that Gandhiji was an apostle of non-violence, equality, harmonious co-existence, mutual respect and religious tolerance. His ideals, principles and philosophy have eternal value, and these are still relevant till today.

“On the occasion of Gandhi Jayanti, let us pledge that Gandhiji's views remain integral to our consciousness. Let us pay tribute to our beloved Father of the Nation by following his principles,” said the CM.

Works Minister Th Biswajit, extending his warm wishes and greetings to the people on the occasion of Gandhi Jayanti, stated that Gandhiji was a pioneer of truth and non-violence who started the Satyagraha movement for India's freedom. He had also worked hard for achieving swaraj, removing social evil, improving the economic condition of farmers, empowering women rights and many more.

“Let us imbibe the virtues of non-violence, tolerance and humanism from the life of Mahatma Gandhi so as to usher in a new era of hope and prosperity for all. On this occasion, let us pledge to follow the path of truth and non-violence and dedicate ourselves towards promoting goodwill, tolerance and harmony,” he said.

Labour and Employment Minister Th Satyabrata stated “I join the people of Manipur and the entire nation in celebrating Gandhi Jayanti.”

He said that Gandhi Jayanti is an event celebrated in India to mark the birthday of Bapuji Mahatma Gandhi. Known as the Father of the Nation, the ideologies, struggles and kindness of Gandhi drove India to independence.

Born on October 2, 1869 in Porbandar, Gujarat, Gandhiji led India's freedom movement along with many other national leaders against British rule in India. He led the Dandi Salt March in 1930. In 1942, he launched the Quit India Movement. He was also instrumental in abolishing the age-old practice of untouchability, he added.

“We also honour Gandhi for his non-violent way of life and promoting cleanliness. On the occasion of his 152nd birth anniversary, let us pray and pay homage to Gandhiji for his invaluable contribution to India's freedom struggle,” said the minister.