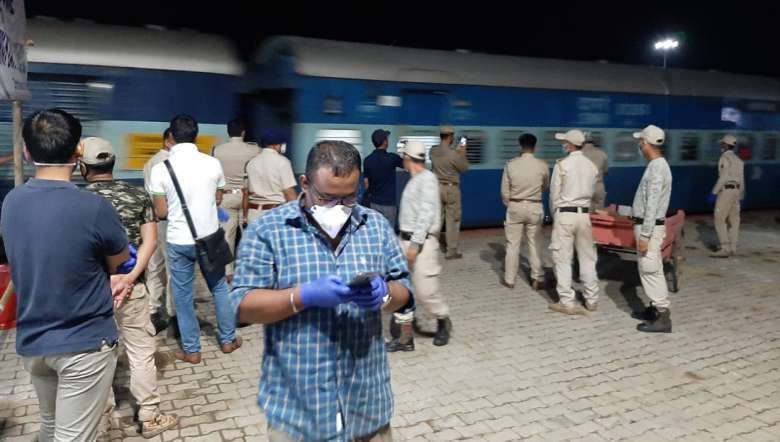 Samples of around 140 police personnel were tested for COVID-19 on Wednesday after an assistant police officer posted at Jiribam Police Station was tested positive for the disease. The results are however, yet to be declared.

According to an unofficial report, the test results of COVID-19 for most of the police personnel including high ranking officers of the said police station have come negative.

SDPO, Jiribam has clarified that some local dailies have published irrelevant numbers regarding the tests conducted for the police personnel. On Wednesday, about 140 police personnel were tested for COVID-19 but no tests were conducted on Thursday, he said.

The district deputy commissioner concerned had issued an order to seal Babupara Ward No V, Kadamtala where the residence of the said personnel is located along with the entire Jiribam police station as precautionary measures in order to avoid spread of COVID-19. The government order was issued just after the result for one police personnel was announced.

According to a government report, the total number of COVID-19 positive cases has reached 1,279; recovered case 616; active case 663 but no death report till 7 pm on Thursday. The report further said the recovery rate of COVID-19 for the state is 48.16 per cent.