A ropeway project which was being developed by Damodar Ropeway and Infra Ltd met with a fatal accident on January 20, 2019 at their Ropeway project site at Jammu, stated a letter by an aggrieved company. 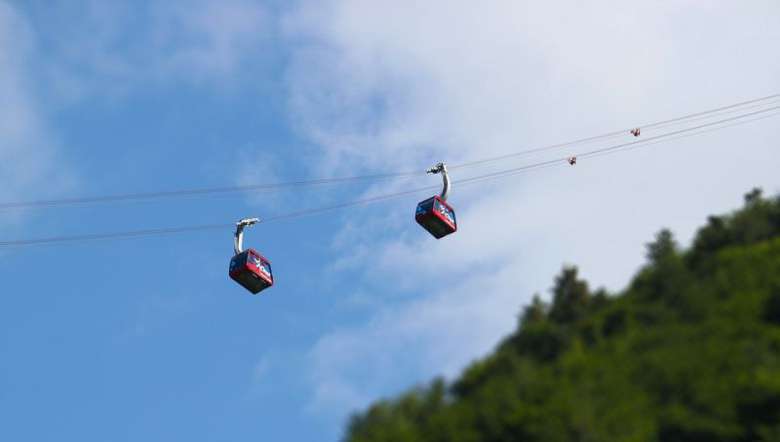 Objections have been raised against Damodar Ropeway and Infra Ltd, a company that reportedly qualified the technical evaluation of the tender process for the development of the Ropeway Project at Ibudhou Marjing Heingang, Imphal East, for its history of a fatal accident in the previous project.

The objection was raised by Joint Venture Ropeway and Resorts Private Ltd and Enessade Global (JV RRPL & EGPL), one of the bidders for the project and claimed to have qualified the technical evaluation of the tender, in a letter submitted to the Manipur Police Housing Corporation Ltd (MPHCL) on September 13.

The aggrieved company pointed out that as per the Request For Proposal (RFP) Chapter Pre Qualification Criteria, Sub Clause Technical Capacity SI No 4D,”The bidder should not have a history of any fatal accident (due to faulty design and mishandling of ropeway operation) experienced on their own commissioned, operated and maintained Ropeway project in last three financial years (i.e., from Financial year 2017-18 to 2019-20)”.

However, a ropeway project which was being developed by Damodar Ropeway and Infra Ltd met with a fatal accident on January 20 2019 at their Ropeway project site at Jammu, stated the letter.

As per the reports, two people were killed and four others were critically injured when one of the trolleys carrying the victims fell from the cable during a mock drill just a few days before the project was to be inaugurated, it added.

JV RRPL & EGPL also demanded that Damodar Ropeway and Infra Ltd should be disqualified with immediate effect if the evidence provided is found to be true and that necessary action against them must be taken up for filing a wrong and misleading affidavit to the MPHCL.

When the Imphal Free Press contacted superintendent engineer Manipur Police Housing Corporation P Brojen, he clarified that the accident at Kashmir happened as a part of the mock drill or trial days before the ropeway was commissioned.

The accident did not happen during the ‘operational and maintenance period of the ropeway ‘as stated in the Request For Proposal (RFP) Chapter Pre Qualification Criteria, Sub Clause Technical Capacity SI No 4D.

As such, the incident was not considered as a factor to cancel the bid of the Damodar Ropeway and Infra Ltd, added Brojen.