For a breath of fresh air

IFP Editorial: Notwithstanding the over-indulgence in social media and intolerant attitude of N Biren Singh towards criticism, we must also acknowledge the fact that he is at least taking up certain steps towards attaining self-sufficiency in some crucial sectors, besides the welfare projects. 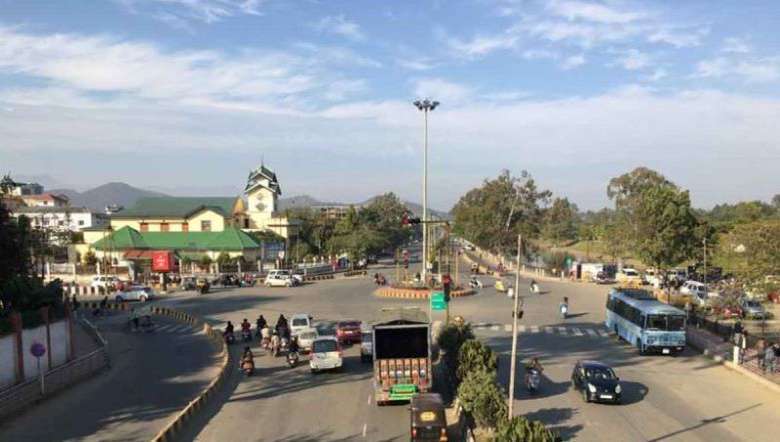 Any strategy to transform Manipur from consumer state to producer state will be considered a bold step given the lack of material and mineral resources in the state. Of, human resource or skilled manpower is our basic capital, if it is channelized in the right direction.

Under the leadership of Chief Minister N Biren Singh, the state has been taking baby steps towards gaining self-sufficiency in terms of food and other crucial sectors. When the British left Manipur in 1947, it had a self-sufficient agriculture economy with even surplus food production for export. However, 22 years of semi-central rule in the state had reduced it to a beggar at the mercy of Central largesse. When it attained statehood in 1972 after quite a struggle, it was all over. The ethos of a once independent nation which held sway at the crossroads of South Asia and Southeast Asia had vanished and a servile political class backed by a bureaucrat-businessmen-contractor nexus took over the reins of power in the state.

Fifty years hence, the state is still in a limbo and going about with a begging bowl every time the state becomes bankrupt with massive overdrafts. On the other hand, with rapid urbanisation and diminishing agricultural land besides bad agricultural practices the state had to bring in rice from other states to fill up the ever-widening gap. Besides, the state now heavily depends on imported fish, pulses and vegetables. Fish is the staple food of most Manipuris as the local produce is not enough, large quantities of fish are imported from states like Andhra Pradesh.

WATCH: The Heavy Weight of Watermelons

Annually, the state’s requirement of fish for consumption is about 52,000 metric tons while only about 32,000 metric tons are being produced by the fish farmers in the state annually. In his push for increasing production, the chief minister ordered reclaiming of vast stretches of swamps around the Loktak Lake for different forms of captive breeding of fish through the State Livelihood Mission and opening of fish feed factories to cater to the needs of fish farmers of the state, who have had to buy feed brought from outside the state at a higher price. Yet, we must also take into consideration that Manipuris are also very choosy in terms of the kind of fish they like to eat. It was not by choice that they are now eating the Indian carps whether imported or locally produced, but because indigenous fish varieties have become extremely scarce. Indigenous varieties like Pengba, Ngaton and Khabak have completely disappeared from the riverine system of Manipur and Loktak Lake. Of course, some entrepreneurs have started captive breeding of these delicacies, including Meitei Sareng in local fish farms. Well, this is about local fish production.

WATCH: Revival of Sareng in Manipur

In terms of agriculture, construction of check-dams, rejuvenations lift irrigation projects and tube-wells are being taken up in many places to ensure adequate water for farmers even for double cropping in certain areas. This time, there were lots of complaints about scarcity of chemical fertilizers and the state agriculture department needs to chalk out a fool-proof plan to ensure smooth supply in future after taking and owning up the mistakes of this year. Under the Van Dhan Yojana, women in the hills have been empowered to take maximum advantage of minor forest produce and fruits which otherwise would have gone to waste. Under Manipur Organic Mission (MOMA), the state is exporting horticultural products within and without the country.

The state is also prioritising the Micro, Small and Medium Enterprises (MSME) sector in the state. However small these steps may be, one has to start somewhere before it transforms into bigger enterprises. Notwithstanding the over-indulgence in social media and intolerant attitude of N Biren Singh towards criticism, we must also acknowledge the fact that he is at least taking up certain steps towards attaining self-sufficiency in some crucial sectors, besides the welfare projects. And mind you, he should also be credited with revolutionising the concept of service delivery and availing governance objectives to the village level.