The play was performed at the Inat Puk- Kei Hall with strict maintenance of SOP guidelines. 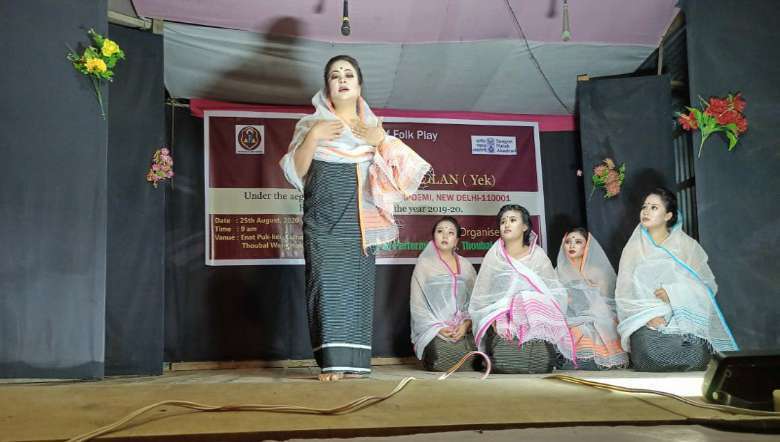 A Manipuri folk play entitled Yek Salai (The Clan) performed by the Artists of Academy of Performing Arts, Thoubal was staged at Thoubal Wangmataba on Tuesday.

The play was performed at the Inat Puk- Kei Hall with strict maintenance of SOP guidelines.

AK Dhananjoy Meitei, founder of the Academy of Performing Arts (APA) Thoubal, president of the Academy Yengkokpam Sharat and advisor of the academy Dr AK Priyokumar witnessed the play as presidium members.

The play was showcased with the financial assistance by the Sangeet Natak Akademi, New Delhi for the year 2019-20.

Akoijam Ramananda Meitei, Secretary of APA, Thoubal appealed to both the government and Sangeet Natak Akademi, New Delhi to provide more assistance to take up necessary steps and provide support to enable and encourage the Academy to produce more folk plays based on ancient literature and folklores.

Akoijam also expressed unhappiness over the lack of audience during the play due to the ongoing pandemic.