Rajen said that good infrastructures and proper administration from principal or headmasters are crucial in developing government schools and institutes. 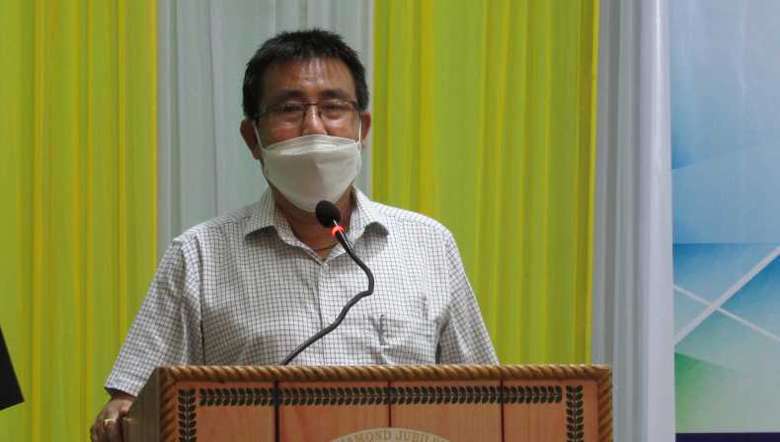 Education Minister Sorokhaibam Rajen on Saturday declared that he would resign from the post of minister if he is not able to bring a significant development in the government educational institutions within six months.

“It is not suitable for me to continue as an education minister if I’m not able to perform my duties well,” the education minister said during the felicitation function held in his honour at the auditorium hall of Manipur College, Imphal Saturday.

Rajen said that good infrastructures and proper administration from principal or headmasters are crucial in developing government schools and institutes.

“If people are saying that government institutes are not good then why students are rushing at CC Higher Secondary School, DM University or GP Women’s College for admission,” questioned Rajen.

He further stated that one should point out the problems instead of devaluing the government institutes so that government will try to solve the problems.

But if there is lack of proper care and development then students who are the future pillars of the society will face the huge impact, he added.

“Education is the backbone of a society. As such, we should try to protect it from the impact of COVID-19 though schools in the state have been shut down for the last more than 7 months,” the minister stated.

Talking about the implementation of National Education Policy, Rajen maintained that the policy will not only bring changes in education sector but is also focused on the health of the students.

Manipur Legislative Assembly Speaker Yumnam Khemchand assured to make efforts to increase funds for education by about Rs two crore from the coming year in the annual budget.

As a part of the function two study reports namely ‘Data Mining of Government Colleges of Manipur 2016-2020’ and ‘Proceedings, Panel Discussion on Emerging Disciplines and their Prospects and Challenges in Manipur 9th-10th July’ were released by the speaker.