The construction of the Ithai Barrage is threatening the survival of the indigenous villagers living near the Manipur River. 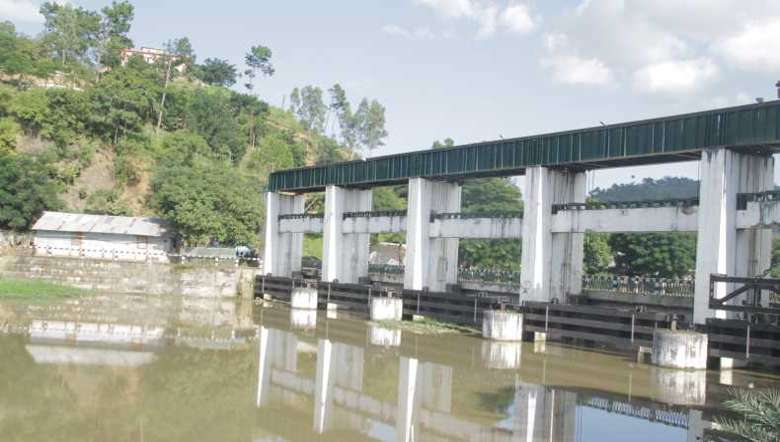 The construction of the Ithai Barrage across the Manipur River as a part of the Loktak Hydroelectric project has adversely impacted the eco-system of the surrounding villages, threatening the survival of the indigenous people living in the area. In view of it, the villagers have been demanding the removal of the barrage and are against the installation of motorised gates at the barrage.

The several existential hazards caused by the construction of the Ithai barrage had prompted the state government to appeal to the Centre for decommissioning of it.

The National Hydro Power Corporation (NHPC), however, has decided to go ahead with the installation of four motorised gates at Ithai barrage despite the opposition to it by the locals.

The barrage, with a total length of 68.6 metres, is said to have a reservoir level - highest level at which water can be stored safely without compromising structural safety- of 769.63 metres above sea level and a flood level - beyond which the peripheral area of the lake will flood - of 768.50 metres above sea level.

However, it may be pointed out that the construction of Ithai barrage has reportedly affected the water quality and obstructed the migratory routes of the fishes that it has caused the disappearance of several migratory and indigenous fishes from Loktak Lake such as the Ngaton, Khabak, Pengba, Tharaak, Ngaaraa and Ngaatin among others.

The people living in and around Manipur River are largely dependent on these indigenous fishes for their livelihood. But the barrage which was built with the objective to generate electricity and irrigate agricultural land of the state has not only caused submergence of agricultural land during rainy season but also adversely affected the ecosystem and livelihood of the indigenous villagers living in the surrounding area.

The villagers of Pumlen Pat said that NHPC was fully aware of the damages caused to the indigenous people living in the area, but had failed to take any action for preventing such damages or rehabilitating the affected indigenous people since the commissioning of the project in 1984.

They said that despite the agricultural and environmental hazards caused by the construction of the barrage, NHPC has been pushing more hydro projects around the lake streams. In view of it, concerned locals have been protesting against the proposed hydro projects and demanding the dismantling of Ithai barrage.

Pumlen Pat is the second largest lake in Manipur formed by Khoidumpat in the north, Lamjaopat in the northeast and Pumlen main basin in the south. During the rainy season, all these merge into a single water body. It is linked with 26 different lakes from all sides. All these sub-basins are separated from each other during the dry season and are used as low lying paddy fields. But after the commissioning of the Ithai Barrage it became a permanent flooded lake. Most of the peripheral agricultural areas are merged with the lake which is used for fish culture.

When Team IFP made a visit to Pumlen Pat, most of it were found converted into aquaculture. Several fish ponds have been constructed by making bunds. More than half of the population living around the lakes are engaged in fishing, fish farming, fish marketing, etc.

Environmentalists say that during the Ithai barrage construction in dry season the outflow of the lake was controlled and the lake’s hydrology was drastically modified. The influence of Manipur River on the lake has increased. The restriction and modification of the flow has caused stagnancy in the body of water until the barrage.

Salam Joy said that the construction of the Ithai barrage has caused decrease in residential and agricultural land and decline in fish population. Villagers are now depending on ataphum (floating fish ponds) to avoid the continuing high water levels.

It may be recalled that in July 2017, during the flood situation in Manipur, Chief Minister N Biren Singh requested Prime Minister Narendra Modi to remove the Ithai Barrage that blocks the flow of the Manipur River water.

Then in August 2017, Biren urged Modi to review the Loktak project to find a permanent solution to the frequent flood situation in the state. He had pointed out the need to remove the Ithai barrage.

Manipur Governor Dr Najma Heptulla too observed that the commissioning of the barrage has posed a serious threat to the ecological balance of the state, particularly to Loktak Lake and its surrounding areas and therefore mounted pressure on the Central government to decommission the Ithai Barrage.