Why is the delay in announcing community transmission of COVID-19 in Manipur?

There is a strong suspicion that in pockets of Manipur, community transmission of COVID-19 had occurred. 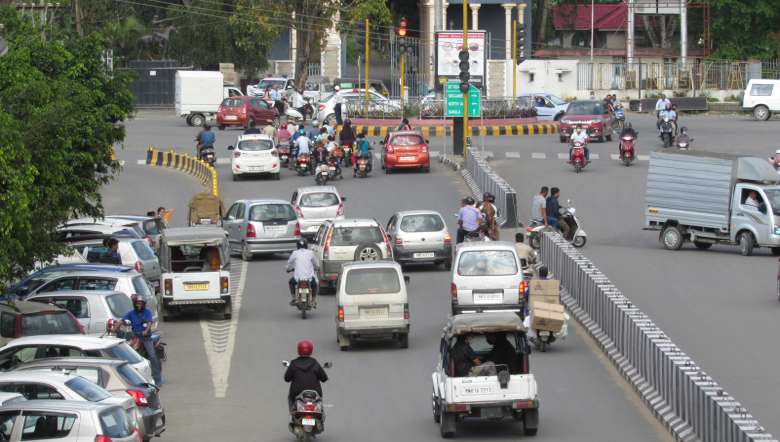 Manipur also seem to follow the Government of India and ICMR’s stand that there is no community transmission, giving reasons that the total number of infected persons is below one per cent of the population, the percentage composition of those tested positive without travel history is below 20 per cent of the total positives, so on and so forth. The less number of positive cases are perhaps due to low number of testing and in Manipur the transmission rate is above three per cent based on the number of positive cases and total number of samples tested and though the percentage composition among the positives without travel history is around 10 per cent, it is slowly inching up, with majority of the new positive cases having no travel history.

The entering of the CSOs in the fight is laudable but many public spirited groups like the Red Cross, Rotary, Lions clubs, local clubs and individuals have been providing support to the government’s efforts and are continuing to do so. The communitisation of the fight against Covid-19 should have started before the first Shramik Special trains arrived at Jiribam. But not even urban and rural elected bodies and persons were not made to involve in the combat!

The spread in Moijing or Khekman qualifies the areas to be declared of having community transmission. On public initiative, there is a community organised quarantine centre in Charangpat for those who had had contact with a positive person or suspected positive cases and much earlier the parents of the air returnees started a quarantine centre for their wards.

In other words, the public is ready to provide any service, but the lead should come from the state for a unified response. The support of the public can be gauged by the service rendered by the volunteers in the hundreds of CQCs. Reports are now available that indicate that in certain pockets of Mumbai and Delhi, 30-50 per cent of the population has antibody to the virus through surveillance rapid antibody tests, which indicate a much larger spread than was envisaged and assumed.

There seems to be misunderstanding of the efficacy of the various tests RT-PCR, RAT or TruNAT and all accepts the result without demure. RT-PCR is a gene based test and is highly reliable. The RNA of the virus is converted to DNA and amplified through 35 cycles, giving about one billion copies from a single virus, if done properly. TruNAT tests for the enzyme RdRp used by RNA virus during multiplication. Its negative result can indicate either non presence of the enzyme, or that the quantity is below detectable limit while those tested positive need to be confirmed that the RdRp is of SARS-Cov-2 origin. RAT or Rapid Antigen Test tests the spike protein that the virus needs to attach to cells. Positive result is reliable but negative can mean two things; either there is no virus or that the number of virus is too less to detect. As proteins (enzyme is also a protein) can’t be amplified like RNA or DNA those who are returned negative by TruNAT and RAT need reconfirmation with RT-PC and must compulsorily undergo seven-10 days quarantine. In fact, it is always better to undergo strict home quarantine even after the test result is negative through any procedure as there can always be human error. In fact under the protocol, those who are suspected to have contact, even after testing negative has to undergo home quarantine but this has been violated regularly.

One is not sure why CBNAAT (Cartridge Based Nucleic Acid Amplification Test) machines, which were procured under NHM and distributed to various district and sub-divisional hospitals for testing tuberculosis were not utilised for testing for the virus. These machines has also been approved for testing SARS-Cov-2 virus using Cepheid Xpert Xpress SARS-Cov-2 kits, though the laboratory should be of bio-safety level 2. If permission was obtained for using this machine, and relevant kits procured, quick test, especially on those who had to undergo emergency surgery could be performed. The disregard of these equipments is either negligence or criminal.

The lack of communication among the various organs of the state involved in the figh against Covid-19 is observed in quite a few cases. This need to be plugged if there has to be a seamless approach in the fight against the biggest disaster the state had ever faced. The delay in the declaration of certain areas as containment zone due to the late passing on of the information; the mischief of certain individuals by not giving the correct address while undergoing test, etc must immediately be addressed.

Those who gave false and misleading information must immediately be prosecuted under the relevant laws and must not be satisfied with mere fines and jail sentence must be ensured.

The daily status update on Covid-19 may be released at least twice a day, so that new information is made aware to all those concerned timely for necessary action as required. With many institutions coming under containment zones and many critical staff quarantined, it is a big challenge for the government to ensure smooth management of the crisis. Many had in the past suggested that the frontline workers must be protected but neglect continues with not even sufficient three-layer mask provided to them and now many of them were tested positive.

The state government needs to come out with the measures that it proposes to execute when a place is declared as having community transmission of Covid-19, and rather than wait for the whole of the state to be declared as such, it will be better and easier to declare a specific geographical area or region. The SoP that is proposed to be put in place may be put in the public domain so that comments from experts can be solicited as many of the instructions issued in this disaster have been changed so frequently sometime contradicting each other that even the signatory of such orders have lost track. All these instructions need to be put up in the public domain and a comprehensive compilation of the current positions need to be brought out. It will be wishful thinking that the public will abide by such instructions if they are not fully aware of it or confused by the contradictory orders.

The government must ensure timely and correct flow of information as only knowledge and the prescribed safety precautions can contain the spread till a vaccine is approved, which will take time.

Has the government taken any steps to conduct surveillance rapid antibody tests in those areas which are suspected to be having community spread? In case there is major community transmission, it will be impossible for the government to provide accommodation for all positive cases; and they may have to undergo home quarantine. The lack of understanding can be gauged by the inability of the government to establish Covid Care Centres in time; when 80 per cent of the positives do not require any treatment as they are asymptomatic and is meant only to isolate them from the general population. In the hospitals, in the isolation wards moderate and serious cases are to be accommodated and treated and those critically ill in ICU with ventilator support.

The reason the C-PAP is not utilised in moderate and severe cases before ventilator support is confounding. To conclude, there is a strong suspicion that in pockets of the state, community transmission had occurred and from the way the government acts, there is also a strong suspicion that rather than having a clear cut strategy it is blundering along, reacting rather than be proactive.