Where have all talks of national unity vanished?

The character assassination of the whole Bengali community strongly suggest that just because Chakraborty is ethnically a Bengali, she is being made a scapegoat who actually needs to be treated as innocent until proven guilty by established Court of law! 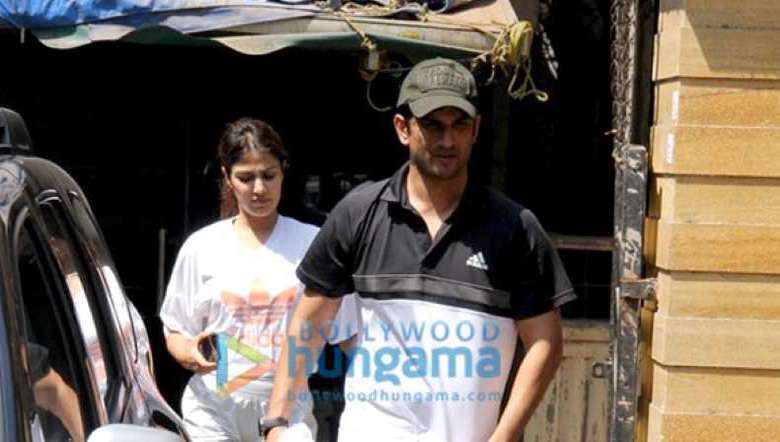 That society --- which gets engulfed in ocean of sorrow on hearing about the suicide of a popular Bollywood hero, but don't care to shed a single drop of tear despite hundreds and thousands of deaths of "ordinary folks" (be it from Covid or collapsing on streets while compelled to indulge in "Long March" thanks to the instant lockdown) --- is definitely a unhealthy society. So it is natural that far from giving a compassionate thought towards the plight of innumerable "ordinary" folks plagued by viral infection, hunger and lockdown-induced unemployment; members of that society, by appointing themselves as "law unto themselves", would devote all its energy time and again in analysing the circumstances leading to the actor's suicide or even contemplate whether it is a murder with the "abettor" "conspirator" or "killer"  responding to the name Rhea Chakraborty!

So apart from shredding her to pieces through choicest of abuses; even her ethnic community should also be taken to the docks! Is this indulgence in personal and racial filthiness the result of "blind obsession" towards the Bollywood hero or deep hatred towards the community whose sacrifice for the sake of Indian independence in terms of lives, blood and land is second to none! On the one hand these "nationalists" would indulge in the rhetoric of "My India is Great" "We are all Indians"; on the other at the slightest pretext, start abusing the entire Bengali community in the ugliest of adjectives and description! The character assassination of the whole Bengali community strongly suggest that just because Chakraborty is ethnically a Bengali, she is being made a scapegoat who actually needs to be treated as innocent until proven guilty by established Court of law!

Where have all talks of "national unity" vanished? How can Indians dare to accuse British Americans or Australians as "racist" when they have proved themselves as racist to the power infinity victimising none other than fellow citizens in their own land?

It is high time the whole matter be allowed to be resolved by the administration and judiciary with the society refraining itself as "Supreme Judge". And why don't the concerned authorities, who promptly prosecute the "anti-national" Kanhaiyas and Umar Khalids if they dare to oppose any policy undertaken by the Government in a democratic civilised way, nab these anti-Bengali racist hatred mongers for endangering "national integrity" by spreading enmity and award exemplary punishment to them!