Voters should vote wisely if there is by-election: Congress MLA Ranjit

The Congress claim that there is a possibility of holding a by-election if the seats of 12-13 assembly constituencies in the state remain vacant for six months. 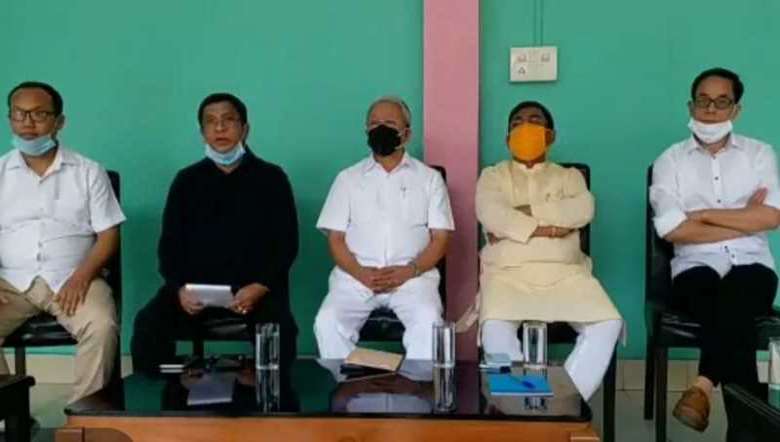 While claiming that there is a possibility of holding a by-election if the seats of 12-13 assembly constituencies in the state remain vacant for six months, Congress MLAs appealed to the people to elect their representatives by keeping in mind the conduct of some MLAs and the prevailing political scenario in the state.

MLA of Sugnu assembly constituency Kangujam Ranjit Singh said, “Voters should remember that the Congress MLAs who defected from the party were elected as Congress candidates in the previous assembly election but they left the party for their vested interests”.

In a video statement issued by a few Congress MLAs on Thursday, Ranjit said that democracy in the state will become a laughing stock if such MLAs who do not care about their voters are re-elected as MLAs again.

Commenting on the allegations made by few defected MLAs towards CLP leader Okram Ibobi, Ranjit said that majority of legislators of Manipur Pradesh Congress Committee (MPCC) elected Ibobi as the CLP leader with approval from AICC.

The action and the statement of the defected Congress MLAs have defamed all MLAs of the party before the public. The allegation made by the MLA of Wangoi assembly constituency, Oinam Lukhoi Singh that they resigned from MPCC in protest against the leadership of Okram Ibobi is a matter of shame. Though Lukhoi contested and won the election as MPCC candidate, he left the party and joined BJP three months after the formation of the BJP government, he said.

The people must be aware of the statement made by former MLA of Lilong assembly constituency, Abdul Nasir during the assembly election that the BJP is a party against the interest of the minority community. He, however, joined the BJP party for reasons best known to him, said Ranjit.

The MLAs of NPP, Trinamool and independent candidates withdrew their support to the BJP government in the month of June and extended support to MPCC. The Congress party moved a no-confidence motion and tried to form a new Congress government and even the governor was approached regarding the matter, he said.

However, for reasons unknown, the NPP MLAs and other MLAs withdrew their support to the Congress party again, he added.

If the present government really cares for the people of the state, the request made by CLP to extend the assembly should have been approved.

MLA of Nungba assembly constituency, Gaikhangam said that the allegations of the resigned MLAs or the ex MLAs against the party and the CLP leader is baseless, unfounded and it is also something unthinkable. Claiming that the MLAs left the party on their own interest, he said that they should own up the responsibility of their own conduct instead of blaming the party.

Advising the MLAs to follow principles and ethics of politics, Gaikhangam said, “Committing such a blunder and blaming others is something unthinkable and unfortunate”.