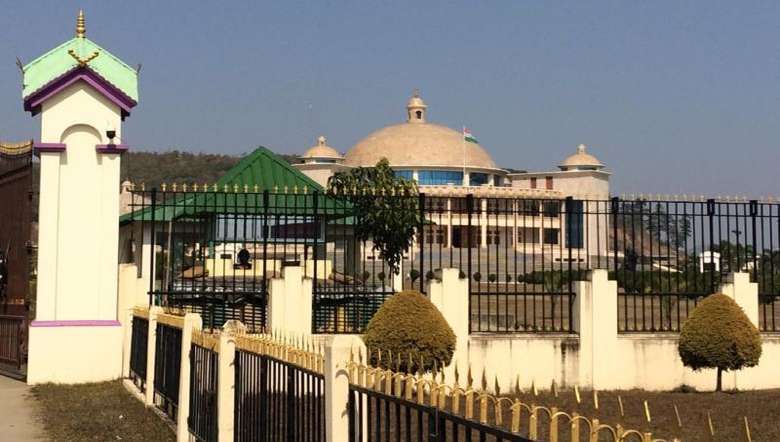 Manipur Speaker Y Khemchand Singh Friday has clarified that the House conducted “voice-vote” to the trust motion in the larger interest of democracy.

The Speaker stated this during an interaction with the media on the sidelines of the disqualification petition hearing of Paonam Brojen.i

“As we live in a democratic nation it is obvious that we have to support the voice of the majority. The number of the ruling bench during the trust vote speaks for itself”, said Khemchand.

On Friday, the Speaker’s Tribunal dismissed the disqualification petition of P Brojen as no evidence was found of the allegations levelled against him of joining the BJP.

Accordingly, the Speaker accepted the resignation of Paonam Brojen as Congress MLA of Wangjing Tentha constituency.

Congress member Brojen had tendered his resignation along with five other party leaders from the primary membership of the Manipur Pradesh Congress Committee on August 10.

While the Speaker accepted the resignations of the five Congress members on August 11, Brojen’s resignation was kept on hold as a disqualification petition against him was pending in the Speaker’s Tribunal. Although Brojen was not disqualified by the tribunal, he had submitted his resignation letter.

The opposition MLAs submitted their resignation on the day when the House initiated a vote on the confidence motion moved by chief minister N Biren Singh.

The BJP-led coalition government headed by N Biren Singh won the vote of confidence with a voice vote. Hearing the case on Friday, the tribunal dismissed the disqualification petition as no evidence was found of the allegations levelled against him of joining the BJP.

Clarifying why the just concluded session was not given live coverage, the Speaking said that it was done keeping in mind the situation of the COVID-19 pandemic in the state. “I am very much aware that if the session was given live coverage there will be a substantial presence of television crew per channels which is a very risky thing to do”, said Khemchand.

As such, the Speaker suggested the opposition to give more focus on fighting the pandemic rather than politicising the issue.

“Let me remind them that there had been no live telecast of Assembly session in the past. The system was introduced when I became the Speaker”, asserted the Speaker.

With regards to the ruckus created by some of the opposition MLAs, the Speaker termed it unfortunate and unbecoming of a parliamentarian.