A case has been registered against the arrested at NAB police station for further necessary action. 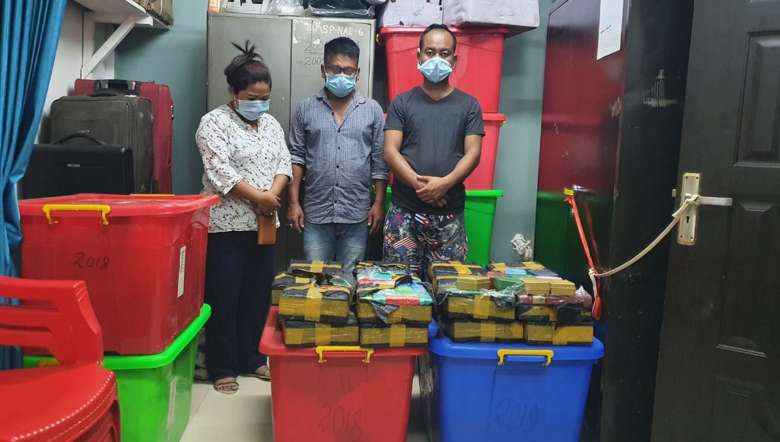 Police PRO informed that the two women have been identified as Yumnam ongbi Noni alias Lousangian,34, wife of Y James of Moreh Ward No VII and RK Renuka Devi,35, RK Sanatomba of Thangmeiband.

Police reported that the two women were arrested by a team of NAB police led by assistant superintendent of police NAB, Saklemba RK at about 4.30 pm from Samurou, Imphal West. On verification, 273 soap cases containing heroin powder of about 3.412 kilogram were seized from their possession.

On further interrogation, they revealed details of others namely, Thounaojam Brojen, 48, son of Th Athoi of Thounaojam Mayai leikai, Kakching and Laishram Rabichandra Singh, 32, son of L Ratan Singh of Heingang Panthoibi leikai who were also arrested from different locations of Imphal on the same day.

In connection with the incident, a case has been registered at NAB police station for further necessary action.