Transporter and Drivers’ Council (TDC) president H Ranjit said that transport drivers have raised their grievances in a complaint. 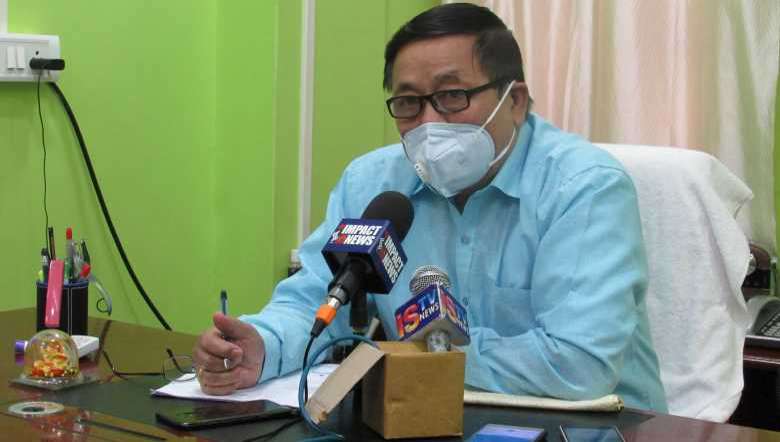 In order to address the grievances of transporters amid lockdown, principal secretary (transport) or any officer from the department should be appointed as nodal officer, Transporter and Drivers’ Council (TDC) president H Ranjit said Wednesday.

Ranjit, while speaking to reporters at a press conference at MG Avenue in Imphal on Wednesday, said that the TDC on August received complaint from transport drivers that they are facing difficulty in getting fuel for their vehicles.

The complaint mentioned that people along the highways have been ignoring the drivers and co-drivers when they come to buy essential items due to the fear of contracting coronavirus infection. Hence, drivers are demanding COVID-19 testing facility at Inter State Bus Terminus (ISBT) located near Khuman Lampak in Imphal, Ranjit said.

The drivers in the complaint also mentioned what measures could be taken by the government in the event of any untoward incident while delivering their service, he added.

The TDC president said the government should make an arrangement for at least three oil pumps that provide service throughout the week, including Sundays.

The government should allow opening of shops selling motor spare parts amid lockdown, he added.

The TDC president appealed the drivers and transporters to withdraw the steps of ceasing transportation and the government to fulfill the demands immediately. Testing of drivers and co-drivers have started at Oriental College and TDC will make an appeal to the government and concerned department to increase testing for Coronavirus, Ranjit added.