As learning goes digital, the ‘Upgrade Coaching Institute’ with smart classrooms was launched in Tamenglong HQ on Monday. 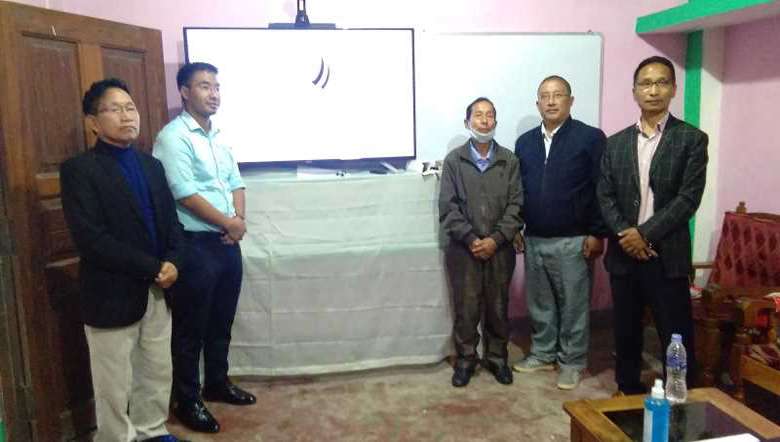 With an aim to bridge the gap in the learning process between the schools in Tamenglong district and other advanced cities, a coaching institute named ‘Upgrade Coaching Institute’ was launched on Monday in Tamenglong HQ.

The Upgrade Coaching Institute is located at Namlalong, Tamenglong Ward no. II

The launching programme on the introduction of smart interactive teaching system in Tamenglong district was attended by deputy commissioner of Tamenglong, Armstrong Pame, as chief guest.

In his speech, Armstrong Pame appreciated the initiative of the Upgrade Coaching Institute and said that the coaching institute will be preferred by many, considering the weather and climatic conditions in the district.

“Many students are in need of financial assistance for taking tuition outside the district but the coaching institute will solve their problems. It will be good if all the students can fit into this coaching institute, and like other states where the government supports the IAS aspirants, the district administration can do the same here,” said Pame.

While saying that the district is lagging behind in the field of education sector, the deputy commissioner pointed out that Zeliangrong people are scared of subjects like science and mathematics following the elders’ belief that the subjects are very tough. The new coaching institute of Tamenglong should break such belief without any barriers and hope for mastering the subjects in the district, he added.

Speaking to the gathering, director of Upgrade Coaching Institute Tamenglong, Khangjuaklung Riamei said that the coaching institute is set up to provide a grounded learning house to serious students with affordable fees. The institute is a private coaching house with smart classroom solutions and there will be intensive coaching in science and mathematics subjects for classes VIII to XII, which will be based on the school curriculum of both central and state boards, he added.

“To make the teachings more effective and simplified, there will be better instructional tools like use of graphics display and illustrations through audio-visual tools. The classes will have a small number of students which will be in split batches. The coaching institute will be run maintaining strict SOPs of COVID-19 and classes will be commenced from September onwards if there is no report of new positive cases of COVID-19 in the coming days,” said Riamei.

During the launching programme, pastor of Zeliangrong Baptist Church Tamenglong, Rev Thuanjinang Pamei pronounced the dedication prayer and it was also attended by medical officer of ADC Tamenglong, Dr Lunepou and chairman of Namlalong ward no. II, Namrijinang Daimei as dignitaries.