The two new ambulances were handed over to the public by Forest Minister Awangbou Newmai who is also the MLA of Tamei and Tousem. 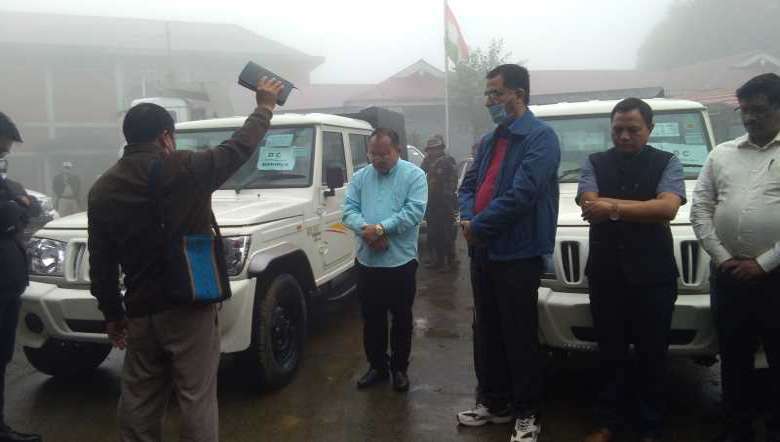 To help ease the challenges faced by the general public and the medical staff in particular, two new ambulances were handed over to the public by Forest Minister Awangbou Newmai who is also the MLA of Tamei and Tousem.

The two new vehicles, one for Tamei and Tousem subdivision, were handed over at the official bungalow of DC Tamenglong on Friday morning.

Newmai said that the decision to purchase the ambulances was taken in March during a discussion with deputy commissioner Tamenglong Armstrong Pame about the transport system for Tamei and Tousem. However, due to the sudden outbreak of COVID-19, the ambulance could not be purchased at that time, he said. Now, the two Bolero campers are finally brought from Guwahati and reached Tamenglong, he added.

Newmai said that the two newly bought vehicles would be kept under the custody of deputy commissioner Tamenglong to help combat the pandemic.

Deputy commissioner Tamenglong Armstrong Pame also spoke on the occasion. He stated that the two vehicles were purchased under the MLA local area development fund.