Students union seizes foreign made liquor worth Rs 1,50,000 in Imphal 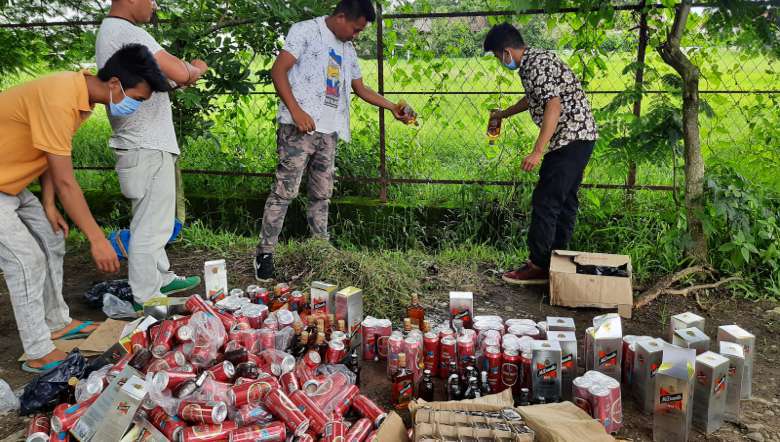 Foreign made liquors worth around Rs 1,50,000 were seized by volunteers of All Manipur Students Union (AMSU) in Imphal east and Imphal west on Tuesday.

The team seized the liquor while conducting a drive in Lamphel and Thangmeiband areas. The liquor was seized in an auto rickshaw which was trying to transport it to Kanglatombi areas. The seized liquor were disposed of in front of AMSU headquarter office, DM College campus.

Informing that AMSU also received information that such illegal activities are still prevalent/existing in Thangmeiband areas, he also appealed to the state government to investigate and punish such people indulging in illegal activities.

The state government should look into such illegal activities amidst the COVID-19 pandemic when many sections of the people are struggling to get daily essential items, he said.

Pauljit added that the two individuals will be handed over to the concerned police station.