Skeptical mindset and the crisis of legitimacy in Manipur

Plato’s idea of a philosopher king and Chanakya thought’s on saintly king need to be concretize in real time and space in present time or at least take them as an ideal type if it is considered too idealistic, says the writer 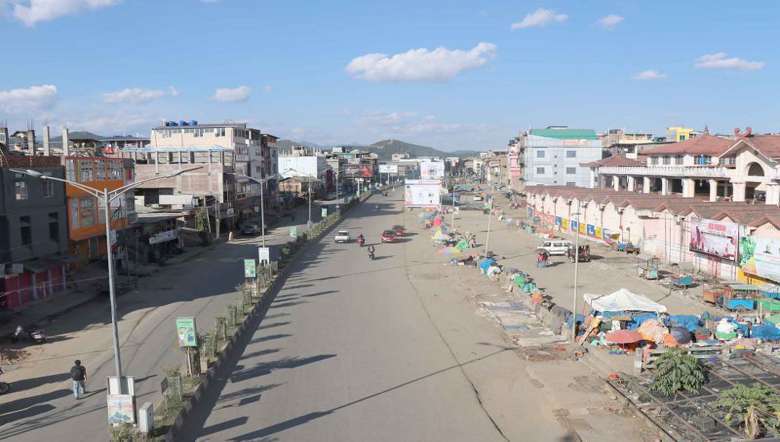 The kind of obedience that people have towards a legitimate authority or a leadership can be based on three kinds of motive, a motive that is steered by emotion, custom and rationality. These legitimate control can be ‘charismatic’, ‘traditional’ and ‘rational –legal’ authority as Weber defined. One of the point to note here is that, different type of authority produces a different kind of organizational structure, which can be benevolent or malevolent depending on who seats in the authority ‘chair’.  Weber major contribution was in charismatic leadership, which he believe, derives its legitimacy through some kind of god gifted charisma and a magnetic personality trait that can convinces the consciences of the people. But practically if we look in the world out there, charismatic leadership cannot be associated flatly with a benevolent quality. There can be a malevolent charismatic leaders too, if he/she has a selfish and negative intention behind s/his head. Take Hitler for that matter, he has a kind of distinctive persona and his oratory speech are filled with emotions that impress the masses which help him to climbed the social ladder of the power structure but his intention was filled with too much hatred and evil of some kind that kill approximately six million jews and 5 million others are targeted for racial, political, ideological and behavioral reasons which died in the holocaust. Although Mao Zedong may be hailed positively for bringing positive changes in China but the legacy of a mass murderer and genocidal monster cannot be erase from people’s memory.  His ‘Great leap forward policy’ led to the death of more than  45 million Chinese  as a result of his merciless attempt to create socialist China in between 1958 and 1962 making it the biggest episode of mass murder ever recorded in history. In the “Black book of communism”, it is reported that approximately 65 million Chinese’s died in an attempt to bring utopian paradise.

Vivekananda said that “If you really want to judge the character of a person, look not at his great performance but watches a man do his most common actions” and it is here we missed the real thing. Hitler oratory power attract the masses but they fail to observe his real intension and character. Edison invention of direct current inspired Tesla becoming Edison his idol. But after working at Edison ‘Manhattan headquarters’ and associating with Edison, he came to know the real deal of his character, later becoming his archenemy. In fact nothing in the great performance have a say on one’s moral character and it is the private life and character which is more important than the public image that one portrayed in the world outside which we missed to observed.

If there is a socially deviant behavior in society, there are varying apparatus to deal with such situation according to the type of regime and ideology that one has in society. We can be impulsive and totalitarian in approach at the other end of the spectrum or we can choose to be more benevolent and democratic in approach in order to have the anticipated kind of peaceful change that we want in society. Whatever kind of means a certain authority may pursue in order to bring social change in society but at the end of the day, the fact is, Love conquers in the long run.

One of the major characterial flaw in our society is that everybody wants to be a leader. The idea of ‘command’ interest us more than the idea of ‘obedience’. But what we failed to realized is that command never precedes obedience. It is obedience that comes first before the idea of command. If we look at a character like Vivekananda, he was the master of obedience which later made him a commanding personality. He, himself was the living example of what he learn and  his whole life was busy in observing penance and austerity which made him what he is today. We need to follow the rule first in order to conquer the rule itself but we are more interested in  the outcome, to command people, to make other subservient to us  without paying attention to the  means that make one a leader. As Vivekananda said, “Everybody can play the role of a master, but it is very difficult to be a servant”. We must first be a servant of the highest ideal only then we can master the ideal. A leader must be a servant while leading and society consist of varying individual conscience and a leader must be accommodative of thousand minds. We should put our thoughts on why people are skeptical and doubtful about leaders and authority today? Why a certain civil society leaders or a political representative doesn’t have that aura of a forceful personality that can impact the masses? If people are not ready to change their deviant behavior or their negative personality trait, should the leader use dictatorial tactics to transform society? The idea of totalitarian or dictatorial leaders comes only when the said leader have a weak personality, a personality that cannot radiate its personal aura and magnetism forcefully to the people. Then there is no other option then to use force as a means of change which is a lowest of kind to pursue as a means of change.

Plato’s idea of a philosopher king and Chanakya thought’s on saintly king need to be concretize in real time and space in present time or at least take them as an ideal type if it is considered too idealistic. According to Plato, a philosopher king has a rational mind who is above passion and impulsive thought and s/he has less desire for acquiring power for self-prestige striving for goodness of the nation above the familial ties and kinship relation. Kautiliya conception of ‘Rajrishi’ or saintly king demonstrate a moral exemplary for the masses where the king has tact for administration and at the same time a sagacious mental faculty and most importantly the complete control over her/his mind and senses.

How can one expect a stability of mind if she or he seats on the throne of black money? How can a citizen expect a personified moral exemplary of a sensually restraint person if the leader day and night think to double up their spouses? These cumulative subconscious conditioning will only give a lowly character. The vulture though flying high in the sky always keeps his eye on the deadly bodies and remnants on earth. Likewise a leader of such disposition will have their conscious mind lingering on base human desire. And such type of innate disposition will also produce impulsive behavior that believe more on coercive force than a democratic principle.

Modern neuroscience says that human is a social species which is innately tribal by nature and counteracting tribalism instinct with rational thought is a mark of a civilized society. Impulsive behavior is a kind of archetypal tribal instinct that uses muscles power to dominate one another and such instinct will always lead to a totalitarian regime which come not as a surprise in present political electoral culture where muscles power is a prime mover to contest election and we being a responsible citizen need a meditative self-reflection if we want a genuine change in the social system.

The writer is a student of sociology. He can be reach at empathywheel@gmail.com