Childhood friend of Jupiter and former editor of the Imphal Free Press, Pradip Phanjoubam recounted his memories with Jupiter during the occasion. 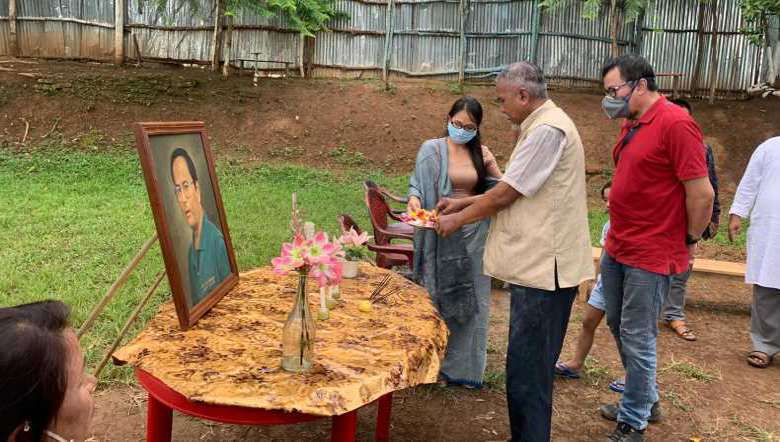 A memorial service to mark the 19th death anniversary of Jupiter Yambem who had perished in the World Trade Centre attack in New York on September 11, 2001 was held at the Realize Retreat Centre, Mongjam Chingjin on Friday.

Senior journalist  and elder brother of Jupiter, Yambem Laba recalled how he parted with his brother. On the day he left for Darjeeling to take up a teaching assignment, Jupiter left for the United States.

He further stressed on the fact that Jupiter had ventured to the USA as an undergraduate and had to work as a waiter in a restaurant to finance his college education. After graduating from the State University of New York at New Paltz, Jupiter rejoined the same restaurant where he had earlier worked as a waiter as the manager.

A leader of Heingang area N Rattan spoke about his association with Jupiter's son Santi also known as Chinglailakpa who returned to Manipur last year and studied Pung and even performed a fusion of electric guitar and Pung at Jawaharlal Nehru Manipur Dance Academy, Imphal.

Childhood friend of Jupiter and former editor of the Imphal Free Press, Pradip Phanjoubam recounted his memories with Jupiter and quoted Leo Tolstoy's short story 'three deaths' during the occasion.