Manipur experiences water scarcity due to lack of facilities to harvest rainwater and destruction of catchment areas, as per reports. 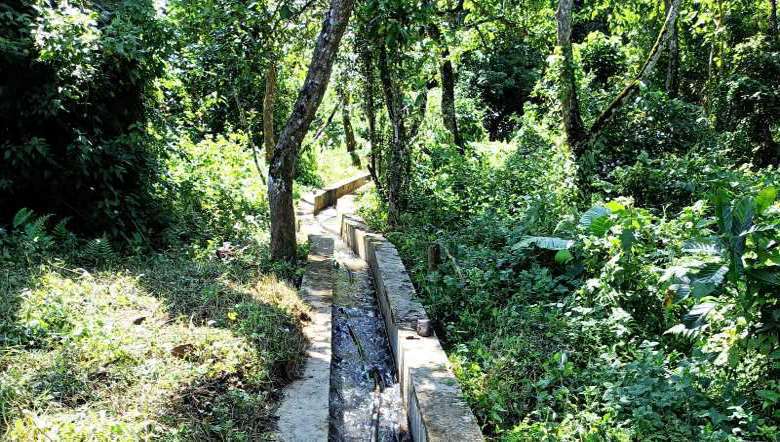 A small canal through which Phayeng village draws spring water from the forest (Photo: Babie Shirin-IFP)

Manipur has been receiving an annual rainfall of 1,467.5 mm, which is higher than the national average, The problem of water scarcity, however, persists due to lack of facilities for harvesting rainwater and destruction of catchment areas, according to reports.

There are also reports showing that 42 per cent of the natural springs in the hill areas of the state have vanished.

"Springs take the role of maintaining the environmental flow (e-flow) of the rivers during lean seasons. As the springs have vanished, there is no e- flow in the rivers," deputy director of Directorate of Environment and Climate Change T Brajakumar said to the Imphal Free Press.

Environmental flow or e-flow has been described as the quantity, quality and timing of water flows required for sustaining the freshwater ecosystems and human livelihoods and others that depend on these ecosystems.

Every year during the lean season, the demand for water has been increasing from the public. This year, Thoyee village of Kamjong district has highlighted the scarcity of potable water for around 2,000 people. The villagers stated that they face many problems if there is no rainfall as there is no other water sources.

A study states that since the 1980s, water use has been increasing globally, contributed by population growth, socio-economic development and changing consumption patterns. Day by day, it is becoming clear that water is going to be the biggest casualty of the modern development process, researcher K Mangang said.

“We are forced to buy clean drinking water after establishing mineral or purified water. It is a billion dollars business and the people are ready to spend Rs 10 for a water bottle as we know it is easier to buy them,” he said.

One 82-year-old Abok Thambal, wearing a ‘phanek’ (a traditional wrap-around) around her chest for taking a bath at Sagolshem pukhri (pond) located at Yaralpat, said that bathing at ponds is a traditional practice of the Meitei community. As many ponds have been filled-up, the culture has been forgotten now, she said. When she was a child, every household had a pond for drinking as well as domestic purposes. Since the past 20 years, ponds everywhere have gradually vanished due to urbanisation.

“My sons and daughter-in-laws buy water from a private water supplier every month. Those days when I used to drink water without having to pay are over,” Thambal said.

In Manipur, the surface water of the state comes from rainfed lakes, wetlands, rivers, ponds, marshes, moats and tap water etc., said professor Thoubal College Kh Jugindro. Moreover, the private tankers are supplementing the domestic water supply both in rural and urban areas whenever there are shortages, he said.

Jugindro said that Manipur has 15 major rivers or streams covering a total area of 166.77 sq. km i.e. about 0.75 per cent of the total geographical area of the state. The Barak and the Manipur river basins are the two major river basins in the state. The average annual yield of the two major basins is estimated to be 1.8487 million hectare meter (14.98 million acre feet), he said.

The professor pointed out that the state faces acute shortage of water particularly during the dry season. All the river systems of the state remain dry except for Barak River, Manipur River and her tributaries. Deforestation in the river catchment areas of the state for shifting cultivation and burning down of forest for collection of firewood also leads to draining of rainwater quickly into the rivers after a rainfall, he said.

Every year, the state is facing severe flood and drought like situation due to depletion of raw water at the sources and drying up of all the water bodies like Ponds, Lakes, Moats, etc. The problem is further aggravated due to the climate variability, as a result, the state is also facing erratic monsoon for the past few years resulting in shortage of water supply every year, he added.

Chief of Konsa Khul village under Kangpokpi district Alyson said that the village relies on a river known as Tagui. Some families who can afford to buy water pipes can draw water to their doorstep from the river. However, the rest of the villagers used to depend on a water reservoir with a storage capacity of 15,000 litres. After the reservoir broke down, it still remains without restoration since the past four years, he said.

A new water storage tank was constructed this year by drawing water from two rivers namely Remgu and Tagu which flow in the boundary of the village. However, the main water source of the village is drawn from a stream, he added.

Chief of Sasang village Muallum Sang under Churachandpur district said they are still depending on natural springs or hills as their main source of water. While some of the springs have vanished, some have still survived, he said. During rainy seasons, the flow of springs is very strong but in lean seasons, the springs flow becomes very thin and sometimes there is no water at all, he added.

But in Suangdoh under Churachandpur district, the rain water is harvested on top of the hill and the water is transferred through a pipe. The work has been constructed under MGNREGA, said a villager.

In Phayeng, above 600 households get water for drinking and domestic purposes from spring water as the people of Phayeng as well as the authorities protect and conserve forest areas.

One N Priyananda from Phayeng said that the Directorate of Environment and Climate change has made Phayeng a model village and taken up many programmes for forest conservation and spring rejuvenation. Spring water from the forest are drawn by making canals. Every season, the village gets enough water for irrigation as well, he added.

As per reports, rapidly disappearing springs will eventually impact rivers and cause desertification in the plains. According to NITI Ayog report of 2019, the number of villages with springs is 1,405 out of 2,581 villages in the state. As per the report, 54.4 percent villages have springs while they have vanished from 42 percent villages.

Talking about springs with the deputy director, Brajakumar further said it is true that annual rainfall in the state has been increasing. All springs which will flow to the catchment area or river head are vanishing due to many factors. In the name of development, many trees are being cut. Deforestation is also practiced for livelihood purposes as well, he said. “To preserve and protect springs, it will require long term plans like mountain policy. If certain agreements are made with the villagers under the policy, then the springs of all hills would be protected easily,” he said.

He mentioned that the ratio of spring “recharge and de-charge” on rivers should be found out. A project has been sent for approval under the climate change adaptation programme for 1,400 springs to find out the ratio, said.

To rejuvenate springs, it requires maintenance of other surface water resources like ponds and lakes as well, he said. Jal Shakti Abhiyan is especially for constructing ponds or potholes to enhance underground water, he added.

These activities should have the potential to rejuvenate water resources and there will be no issue of water for any purposes, he said. He believes that 4,000-5,000 ponds will be able to de-charge the e-flow of river water.

All policies related to water should be framed in regards to managing and preserving water sources in the state. 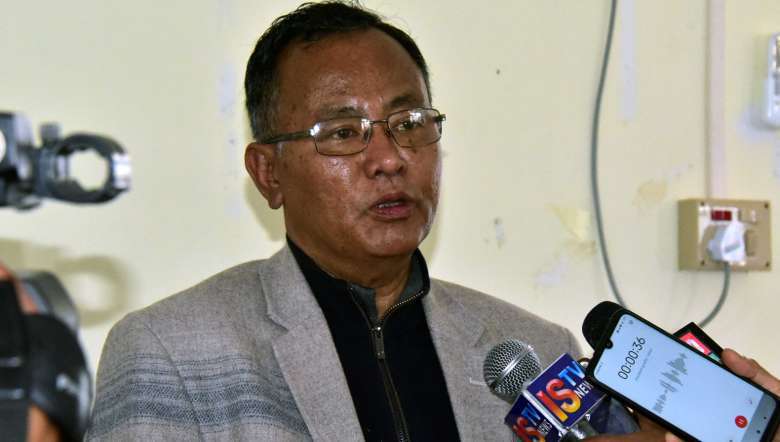 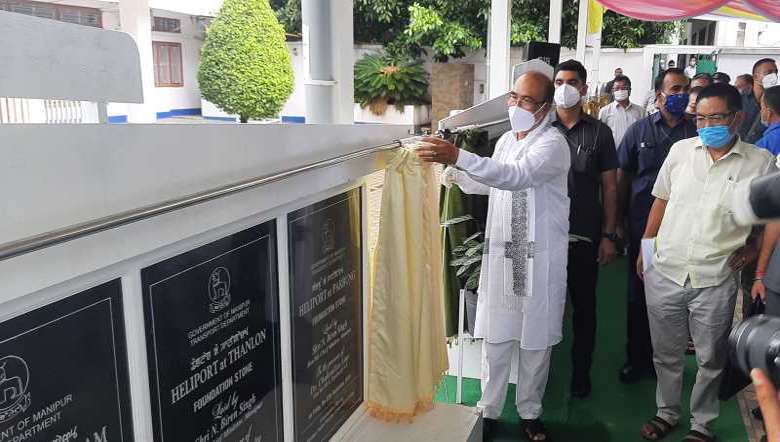