Propagandists in the garb of Journalists

The existence of propagandists of the establishment in the garb of journalists puts too much pressure on the latter, most of who are dedicated to their profession. 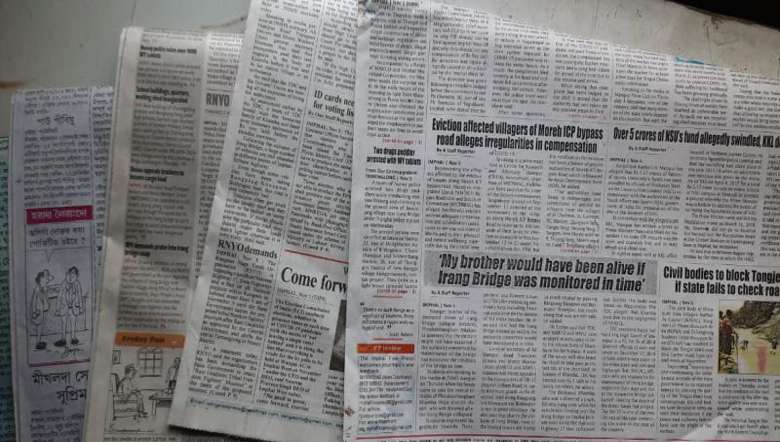 The arrest of Arnab Goswami by the Mumbai police after reopening a 2-year-old suicide case had led to clamour by certain section of the ruling establishment crying foul even citing the return of the Emergency; and it literally cleaved the Editors Guild of India into for and against so much so that the press release issued by it attempting to satisfy both parties hardly make any sense. The best part is that even the chief minister of a state which uses IPC 124A, 153A, 153B and such other provisions at a drop of the hat to stamp out criticism of his government, was among the first to complain against the arrest!

For the journalist fraternity it was a Catch-22 situation; if you don’t object it may lead to future attempts to curtail the freedom of speech and if you object you are supporting a colleague who was no longer a journalist but the mouth piece of the establishment doing the dirty work of the latter bringing in alternative narratives without much substance through a series of hyper-patriotism and super-nationalism loud debates and claims.

His spat with Sagarika Ghose, Rajdeep Sardesai, etc were well known and his belief that he is always right has turned away many from his channel. Those who regularly watch must be either chamchas or masochists to tolerate his superiority complex of shouting down all those who have a different opinion. He literally became a spokesperson of the establishment during the CAA movement by launching a series of “debates” on it alleging that those who are opposing it are anti-national. Similarly when the lockdown causes untold miseries on the migrant workers, he through his “debates” tried to show that those journalists and individuals who were chronicling the exodus of millions of hungry, desperate, tired and poor who walked thousand of km were liars trying to put the establishment in poor light. He tried his best to show that the Palghar incident where two sadhus were lynched was the handiwork of the Muslims, which was subsequently found to be totally untrue. The worst was, with an eye to the Bihar election, the targeting of Rhea Chakraborty calling her names such as murderer, abettor to suicide, drug dealer, etc but when despite three central agencies probing could not find anything against her as yet, and the Bombay High Court directed that she be set on bail as most of the charges were prima facie not tenable; he just changed the topic without even batting an eyelid for the damage and harm caused to her character. He ensured that little is reported on the Chinese intrusion into Ladakh by blaming anyone who questions the failure allowing the Chinese’s quiet incursions as anti-national and pro-China or even pro-Pakistan. And have he ever apologised for the hurt caused to others by his misrepresentations; none. He believes perhaps that he is above God and Law.

After the Shiv Sena-led government was sworn in, he took it as his task to run it down, nothing wrong if it is based on facts as journalists as a member of the fourth estate must bring out wrong doings of the establishment but he relies more on wild charges and rhetoric. He attacked the Maharashtra Government leaders and the Mumbai police relentlessly to create an impression that the law and order situation in the state had utterly broken down; perhaps with an intent for the Centre to enable invoking Article 356. The closure of the case for abetment to suicide two years back against him in the Anyak Naik suicide case which was then questioned by many, and its reopening by the Maharashtra government for which he was arrested came perhaps due to his relentless challenges to the chief inister and the CP of Mumbai that he is not afraid and was perhaps a response to his wild and unsubstantiated challenges. Many had questioned the closure of the case then as he was close to the establishment; and it is hoped that proper investigation is carried out to find out the facts. If he is found to have abetted the suicide let him face the penalty and if he is not he may be cleared of all such charges.

His presentation makes him not look like an independent journalist but more like Paul Joseph Goebbels, Reich Minister of Propaganda from 1933 to 1945. Goebbels works as a Minister while Arnab in the guise of a journalist. His tamasha during his arrests and in the subordinate Court makes him look childish, avoiding reality and trying to throw tantrum when things are not going his way. He behaves like Elliot Carver, the power mad media tycoon in the Bond film “Tomorrow Never Dies” who creates headlines rather than reporting. The Delhi High Court had observed disparagingly on his and other channels where the debates are not as such but shouting and slanging against each others, with the moderators egging the panellists; in the case filed by the leaders of Bollywood who showed a rare sense of unity. The Hon’ble Judge asked news channels to follow the Programme Code under the Cable Television Networks Rules and observed that “Now I am hearing that participants in TV debates are using cuss words because they get so excited. If you keep egging them on, that is what happens”. It observed that courts hesitate in restraining media “But, we expect fair reportage.... sadly, it is happening all over the world, not just in India”. Many of the so called news are not news per se but biased commentary presenting the view of only one side. If the other side is invited, they will never be given a chance cutting when only a few words have been spoken which causes temper to rise. One fails to understand why more than three people are invited in a discussion for half an hour. Even in a one hour program, three panellists are sufficient and each one gets about 20 minutes each, sufficient time to express their views. But to have 8 panellists in half an hour program and with the host taking most of the time gives only about 2-3 minutes each; hardly any view can be properly articulated. And the latter seems to be the norm in many of such channels. These debates hid the facts and only unsubstantiated insinuations are aired.

As he was arrested in a criminal case there is not much to comment but such individuals can lead to serious problems for the journalist fraternity which is happening with one or the others being slapped with IPC  124A, 153A, 153B, etc whenever something unpalatable was said against the establishment despite being true. The stability of the American Institutions despite President Trump’s pressure indicate a mature democracy while in India many Institutions have fallen prey to the pressure of the political executive indicating a fragile democratic system here. His belief that the nation wants to know whatever he wants to know is nothing but a pipedream as so his thinking that the people of the nation are solidly behind him.

The existence of propagandists of the establishment in the garb of journalists puts too much pressure on the latter, most of who are dedicated to their profession. The efforts must be to wean away such people out from the profession or else it will face bitter reality, even cleaving into groupism to the glee of the establishment. Manipur is blessed that our debates are generally unbiased, though in a few instances panellists literally came to blows, not due to the moderators but among the panellists themselves and the viewers tend to disregard such panellists though they themselves feels that they had done a good job for their parties. It is best to isolate such characters from the journalist fraternity for its own good.

READ MORE: Arnab Goswami's arrest reminds the importance of newspaper than other sources of news