The Atmanirbhar Bharat has been billed as a game changer in terms of historic and structural reforms, yet it only barely emphasises on climate change and air pollution. 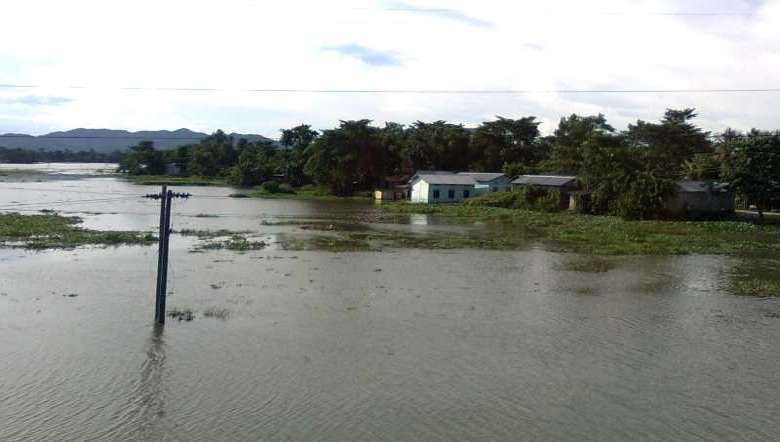 The Five pillars of Atmanirbhar Bharat or self-reliant India are economy, infrastructure, system, demography and demand. Earmarking funds worth 10 per cent of country’s GDP, the mission not only aims to respond to the devastating blow caused by the COVID-19 pandemic but also to serve for a long-term roadmap to the growth of the country to the path for a global leadership. It is largely hinged on business-as-usual practices which may be understandable given the economic fallout of the nationwide lockdown. As a “vision” document, however, Atmanirbhar Bharat fails to address two main issues facing the country and the world: Air pollution and climate change. A true environmentalist will surely outline, why these two issues are left to focus for a ‘greener’ Atmanirbhar Bharat. Nobel coronavirus will surely be defeated one day but the determinants once caused to our mother nature may not be recuperated.

Lockdowns and nationwide quarantine imposed to halt the spread of the coronavirus have been recently linked with the cleaner air quality over almost all the cities across India seeing levels drop by around 40-50 per cent as per the new images sent from the Copernicus Sentinel-5P satellite of the European Union.

On March 25, 2020, the Indian Government placed its population of more than 1.36 billion citizens under lockdown and only the essential services like water, electricity and health sectors were allowed. Now also with more than 27,57,891 - COVID-19 reported cases, the government has again extended the nationwide lockdown until August 31, 2020.

One of the sad parts is, in these new maps a high value of nitrogen dioxide concentrations was found over the central and Northeast India due to the largest power station in India, the Vindhyachal Super Thermal Power Station, Sidhi, MP, where the reduction was only around 15 per cent. Another interesting feature that can be seen from these images is the reduction of nitrogen dioxide emissions across the Indian Ocean due to lack of commercial ships in maritime traffic.

Air pollution is a major environmental health problem that affects people in developed and developing countries alike. According to the World Health Organization, air pollution kills an estimated seven million people worldwide each year. As per a report studied by the Indian Council of Medical Research (ICMR) during 2017, one in eight deaths a day is linked to air pollution. Moreover, air pollution has been linked to an increase in the COVID-19 death rate.

A Harvard study found that long-term exposure to air pollution affects the body’s ability to deal with the infection. An increase of just one microgram per cubic meter in the lethal, microscopic pollutant matter, PM 2.5 is associated with an eight-percent increase in the death rate. Many countries have reported a correlation between the air pollution level and increase of COVID-19 deaths. But India which has 10 of the 15 most-polluted cities in the world in which New Delhi, considered the world’s most polluted city is not undergoing the research.

The Union Budget has announced an unprecedented INR 44 billion to reduce air pollution in 50 cities and the guidelines from the Ministry of Environment had not been made. But there should be a crystal clear to priorities for a long term clean air policy for the country.

As the public health is at risk because of air pollution facing in almost all the parts of the country, without the Central Government, the clean air spilling over the country cannot be held responsible to the states alone. The Centre must take charge, whether regarding the long-overdue clean-up of coal-fired power plants or the guidelines on spending the INR 44 billion budget to cut air pollution or installing continuous air-quality monitors. According to experts, India should have about 4,000 such monitors but unluckily at present, we are having only 230 air-quality monitors.

Amid the surge of the COVID-19 pandemic in India, the government has announced an INR 20.97 trillion package to revive the economy. It is therefore a matter of great concerns that in such a landmark policy, somewhere it fails to address sufficiently on environmental issues and the risks faces from climate change and air pollution. The country also needs to impart its role to advice on environmental awareness and the philosophy of living in harmony with nature. This will make reach us to contain the worldwide recommended global warming at 1.5°C.

Coal-fired electricity, like internal combustion engines which producing about 71% of thermal power sector, does not belong to the 21st century. The blue skies and chirping of birds that have caught the imagination of many during the COVID-19 lockdown is proof of what is possible when the use of these outdated technologies is rooted out.

The Atmanirbhar Bharat has been billed as a game changer in terms of historic and structural reforms, yet it only barely emphasises on climate change and air pollution. Scientists have long been studying the link between climate change and new viruses and pathogens infecting humans. In May 2018, one such study showed how the Nipah virus jumped from bats to humans when their natural habitat was destroyed: they took a lick on the sap of a fruit, which was later consumed by humans. Sources of Ebola are also more or less same.

The Atmanirbhar Bharat plan could have  included details on how to address the problem of extremely hazardous air pollution from farm fires, creating opportunities for farmers to free from crop stubble burning. Hay stubble burning is currently one of the most challenging air pollution problems in India. Some have advocated the use of rice husk in the gasification process and encouragement of some more income generating schemes like the rearing of goats & sheep, mushroom cultivation, beekeeping etc. which will surely focused on such granular issues.

We are aware of the present environment risks of the country. In 2019 alone, eight cyclonic storms formed over the Bay of Bengal against the usual four-five per year and in the Arabian Sea also, five against a normal of one which is also a record high after 117 years. Moreover, last year was the warmest since 1901 with a more 0.58°C anomaly. The Indian Meteorological Department notes that the country is facing with increased in high-impact weather events, such as extremely heavy rainfall, floods and heat waves etc. The Parliamentary Committee on the Environment has termed the changing rainfall patterns in the country as alarming and the number of dry days during the monsoon is significantly enhancing and it is not raining enough to recharge groundwater level in the Northern and the peninsula India.

Agroforestry is one of the prospective forestry of maintaining trees on farmlands, practiced worldwide. Appropriate tree-crop combinations and their synergistic interactions optimize the farm productivity in highly fragmented tropical landholdings. When crops fail, tree products such as timber, fruits, fodder, and fuelwood help to supplement income, acting as safety nets for farmers. This will also encourage in major global goods and services including habitat patches for wild species, water cycle regulation, ground water recharge, soil protection and climate impact mitigation. Thus agroforestry is really a win-win for people and planet.

India became the first country to adopt a National Agroforestry Policy in 2014, with the goal of expanding areas under agroforestry and to achieve national tree-cover target of 33%, steering to create an additional carbon sink of 2.5-3 billion tons by 2030 under Paris Climate Agreement, 2015. Thus, a significant bolstering of tree growth on farmlands is imperative. However, we must focus mainly on locally suited, multipurpose native tree species that serve as fuel, fodder, fruits, fertiliser, fiber needs and also for real beautification.

Thus without achieving a meaningful conservation with multiple ecosystem services, it is really critical to make India a global leader in all respects. If the Atmanirbhar Bharat is indeed to its overall success then we should perpetuate particularly in greening India. The self-sufficiency of rural livelihoods is intertwined with the multi-functionality and resilience of green landscapes and prosperous ecosystems. Therefore when we go for a full proved Atmanirbhar Bharat, the inclusiveness of our environment in the topmost priority will be the true path to our self-reliant or Atmanirbhar Bharat.