The labour minister said that once the task force is created, it can collect data, analyse the labour gap, and identify the trade/area to provide training so that the labour shortage is addressed timely. 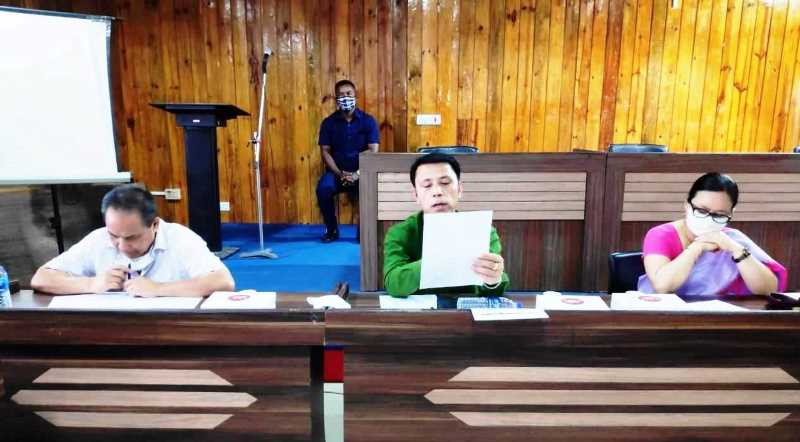 Labour and Employment Minister Thokchom Radheshyam on Wednesday chaired a meeting with the officials of the department of Labour, Employment and Manipur Society for Skill Development to discuss feasible ways to fill up the labour gap in the state as result of the COVID-19 pandemic. He also directed the officials to create ‘a task force’ to bridge the gap.

Addressing the officials during the meeting held at Conference Hall, SSA Babupara, in Imphal, the minister said that once the task force is created, it can collect data, analyse the labour gap, and identify the trade/area to provide training so that the labour shortage is addressed timely.

During the meeting, the minister said that because of the pandemic many migrant labourers have gone back to their respective native places creating a labour gap in the state. The migrant workers who were skilled, unskilled and semi skilled laborers were engaged in the building and construction works and other sectors in the state.

He pointed out that there are certain sectors/areas where there are shortages of skilled or semi skilled local labour as such in the trade of painting, pipe fitting, and tiles installer among others. He said that these gaps need to be filled up with the local labour force by providing them skill training so that labour shortage can be solved.

He urged the officials to prioritise the trade and areas where the workforce will be highly required in the state so that the labour gap is filled up.

Th Radheshyam said that there are also a huge number of returnees who were working outside the state in different sectors. He expressed that a database needs to be created so that the skilled or semi skilled returnees are identified.

These returnees can be utilised to fill the labour gap. He expressed that such initiatives at this juncture will not only provide an opportunity for self reliance to the incoming returnees along with the existing local workforce, but also imbibe a good sense of work culture in the society.

In the meeting, the officials presented reports on the migrant labour and necessary steps that were taken up by the departments.