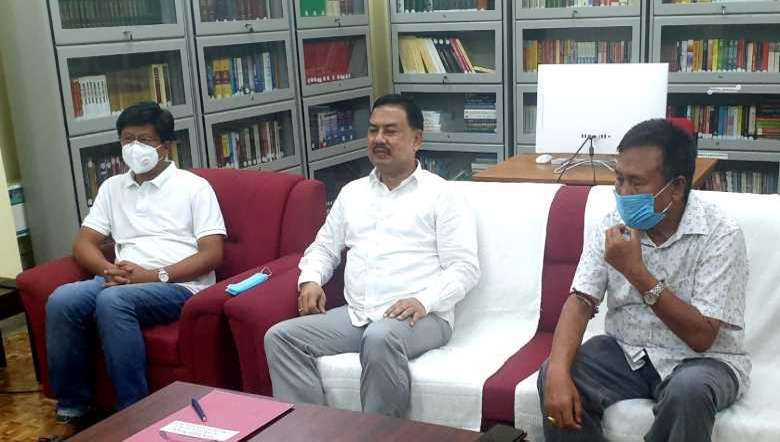 There are no internal conflicts among the members in the party, Manipur Pradesh Congress Committee (MPCC) president Moirangthem Okendro said on Friday.

Okendro was reacting to the explanations given by Sagolband MLA RK Imo and Wangkhei MLA Okram Henry on August 6 in regards to the show-cause notice served by the party to the two MLAs on July 24 in connection with the case of cross voting in the recent Rajya Sabha election.

Addressing the media on Friday at Congress Bhavan, Imphal on Friday, Okendro said the two MLAs gave their explanation in such a way that it appears as if there is an existing internal conflict in the Congress party.

Clarifying that there is no such internal conflict in the party, Okendro said that the allegations made by Imo over CLP leader Okram IBobi is very unfortunate since the CLP leader has been selected as a leader by majority of the Congress party MLAs.

The show-cause notice served on July 24 and published on July 25 in newspapers demanded an explanation from the two MLAs for their indulgence in anti party activities within two weeks. In his reply, Imo confessed that he is unwilling to accept the leadership of Okram Ibobi as Congress Legislature Party.

Imo also said that the Congress party “will never come back to power in Manipur as long as a self-serving person like Ibobi remains its leader”.