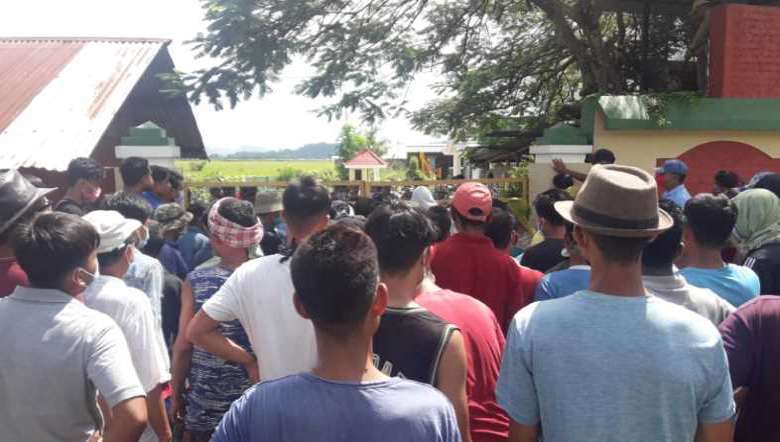 Liangmai organizations in Manipur on Saturday urged the “concerned authority” to declare the proposed National Sports University (NSU) site as the land of Konsakhul village (Konsaram). They said the “land owner” of the NSU site is Konsakhul village, which is also called Konsaram.

The Liangmai Naga Council (LNC), the Liangmai Pui Naga Ruangdi (LPNR) and the Liangmai Naga Katimai Ruangdi (LNKR) then said the “real land-owner of the proposed NSU site has remained a mere spectator for so long for the sake of peaceful coexistence among the various communities in the state and for the early implementation of the NSU project”.

Appealing to the rest of the communities not to obstruct the setting up of the NSU in the state, the Liangmai organisations said they “collectively welcome the proposed National Sports University, and at the same time, applauded the Ministry of Youth Affairs and Sports and the Government of Manipur for deciding to set up India's first National Sport University in Manipur and then importantly selecting the site in our area”.

The Liangmai organizations, however,  expressed “disappointment over the settlement of the NSU site dispute between Koutruk village and Haraothel village alone by the incumbent government without involving the primary stakeholder i.e. Konsakhul Village Authority”.

“This is complete ignorance of the incumbent government on the issue and an attempt to twist the truth and distort the history of our people,” they said, adding that such “initiative” is not welcomed by them as it will spread hatred, chaos and will polarize communal tension in the state.

“Land being the unexpandable and indestructible property and inherited from our forefathers since time immemorial, the matter cannot be taken lightly that was concluded without hard facts and evidences”, the Liangmai organizations asserted.

They “endorsed the clarification of Konsakhul Village Authority, now Kangpokpi district (formerly Senapati district) that appeared in ‘The Sangai Express’ on October 11, 2020, wherein it stated that the proposed site for National Sports University complex belongs to neither Koutruk village of Imphal West district nor Haroathel village of Kangpokpi district”.

The Liangmai bodies clarified that the site “belongs to Konsakhul village under erstwhile Senapati district since time immemorial”.

They pointed out that the proposed NSU site falls under Tribal Hill Land (Scheduled Areas). “Therefore, MLR & LR Act, 1960 does not apply to the region as it falls under the Hills Areas and hence, no patta exists there”, they added.

Talking about the land holding pattern in the “tribal areas”, the Liangmai bodies said the tribals have their own system of land holding based on customary laws and traditional practices. Citing a case, the Liangmai bodies said the founder of any village takes all risks and responsibilities to establish a village, and as such, the founder of a village “earns the title ‘founder’”. Later, the founder becomes the chief of the village he founded and he is the first owner of the entire village territory in respect of the “Naga tribals”.

Thus, the Liangmai bodies said that “it is crystal clear that the proposed NSU site belongs to Konsakhul (Konsaram) village, erstwhile Senapati district”.