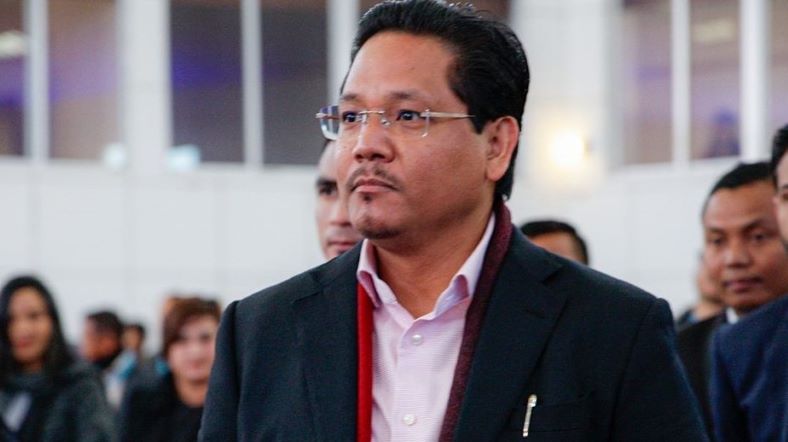 NPP chief Conrad K Sangma, who arrived in Imphal on Thursday afternoon along with NEDA convenor Himanta Biswa Sharma and the four Manipur NPP legislators, told reporters about NPP’s decision to rejoin the BJP-led state government in the state. He said that the NPP legislators will rejoin as ministers though there will be changes in the portfolios.

“We expressed all our issues, concerns and grievances in the alliance. Both the BJP central leaders have understood what the problem is and they have given full assurance that all the issues will be addressed and taken care of,” he said.

While saying that the two leaders also promised to look into the problems personally at their level, Sangma said that such assurance gives a lot of confidence to the NPP. He said the party has been with the BJP from the beginning in the government formation and want the government to continue.

Responding to the media query, Sangma also hinted that there will be some changes in the portfolio as all the four NPP legislators will continue as ministers.

The four NPP legislators on June 17 withdrew their support to the BJP-led coalition along with three BJP MLAs and one each from AITC and independent and formed a Secular Progressive Front with the Congress heading it.

Regarding the fate of SPF, Sangma stated, “Obviously, we have withdrawn from the SPF and we will be heading to the Governor to express our support to the BJP-led government once again.”