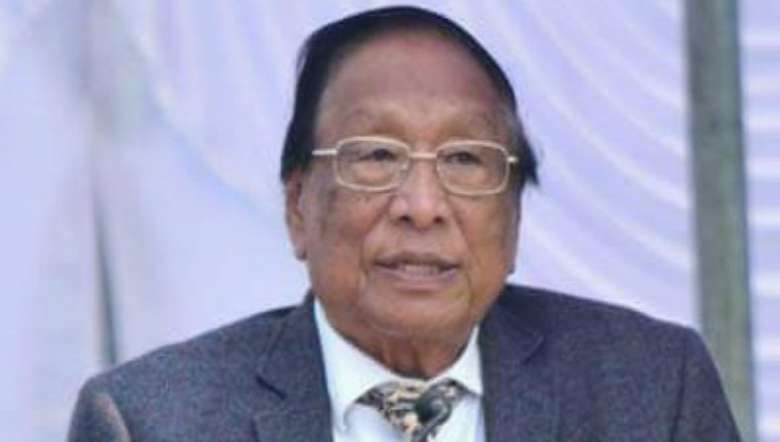 On the 74th Naga Independence Day on August 14, NSCN-IM general secretary Th Muivah, in a written speech, said that “the Nagas will co-exist with India sharing sovereign powers as agreed in the Framework Agreement and defined in the competencies”.

The NSCN-IM leader, however, added that the Nagas will not merge with India.

The speech issued through the Ministry of Information and Publicity (MIP) of the NSCN-IM on Friday evening to media houses, Th Muivah said that after series of intensive discussions basing on the principle of the proposed ‘co-existence and shared-sovereignty’, the Framework Agreement was arrived at and officially signed on August 3, 2015. According to Muivah, the Government of India through the Framework Agreement “recognizes” the sovereignty of the Nagas. “The agreement also says, ‘inclusive peaceful coexistence of the two entities sharing sovereign power’”, Th Muivah pointed out.

According to the NSCN-IM general secretary, by ‘inclusive’ it means that all Nagas in different “administrative units and political camps” are to be included in the agreement. He also said that coexistence of the two entities is self-explanatory. “It means the two peoples and nations will co-exist. Political and legal experts admit the terms ‘co-existence’ and ‘shared-sovereignty’ apply to two entities, not one entity,” Th Muivah added.

According to Th Muivah, on October 31, 2019 talk, interlocutor RN Ravi said, “We respect and honor your flag and constitution. We do not say the Government of India has rejected them, but let us finalize them at the earliest time”.

Muivah then said that they reiterated their stand stating they see no honorable solution without flag and constitution. “We must know where our salvation line is. Our political salvation lies in clinging to our national principle and saying no to the dictation of the enemies. Clinging to our principle, our people said no to the Union of India. They also said no to the 16-point agreement and the Shillong Accord that have made the issue alive thus far. And they will say no to any agreement that betrays the national principle, and that imposition of Indian will upon the Nagas will never be acceptable to the Naga people”, the NSCN-IM leader added.

Muivah then said that taking the sovereign right of the Nagas and the security and commercial interests of India into account, “we have condensed our discussions to the mutually agreed Framework Agreement and worked out competencies to be finalized”. He also said that the Nagas are for a political solution.

Prior to all these things, Muivah said that after a long and intensive discussion, the unique history of the Nagas was "finally recognized" by the BJP-led NDA government on July 11, 2002 during the tenure of the former Prime Minister of India late Mr. Atal Bihari Vajpayee.

He then said, "Late Mr. Isak Chishi Swu and I came to India on official invitations consecutively for three times in 2002, 2005 and 2010 by the Government of India for expediting the negotiations with more seriousness in frequent consultation with the Prime Minister of India. In the talks, they have clearly spelled out the political stand of the Nagas. He said that Nagas are not asking for sovereign Independent Nagalim from India. "Nagas have been a free and sovereign independent people from time immemorial. Ours is a case of aggression on Nagalim by India and Myanmar. It is the Naga national resistance movement against aggressors where all Nagas of all ages, genders and status except a few traitors are involved. The Naga people have neither accepted the Union of India nor her constitution at any point of time. History will ever speak of that fact," he also said.  Muivah then said that they will not accept them today and even in days to come. "We have also told them that Nagas and Indians are two poles apart in terms of history, race, identity, culture, language, geography, political concept and faith. Except for the common security and common commercial interests we have nothing in common. Nevertheless, we said we must work out a common ground for a meeting point so that we may co-exist together as two entities. No doubt, all the Indian interlocutors understood this reality and acknowledged the position of the Nagas," Muivah added.

In 2010, during the tenure of Prime Minister of India Dr. Manmohan Singh’s Congress-led UPA government, the Government of India through its interlocutor, RS Pandey proposed a ‘Non-paper’. The non-paper says, “Coexistence of the two entities and shared sovereignty of the two entities”, Muivah informed.

Meanwhile, Muivah “salutes all the martyrs and revolutionary patriots in the field”. He also thanked to all the Naga people, civil societies, namely, the Naga Hoho (NH), the Eastern Nagaland Peoples’ Organization (ENPO), Naga Mothers’ Association (NMA), the Naga Students’ Federation (NSF), Naga People’s Movement for Human Rights (NPMHR), the Churches in Nagalim, the United Naga Council (UNC), women’s organizations in “Manipur state and others for their unflinching support for the cause and unceasing prayers during this crucial time”.

Muivah then congratulated the UNPO for the recent successful conclusion of the first virtual General Assembly held from July 31 – August 2, 2020. “Nagalim too was a part of this historic endeavor and it will continue to do so in the future,” he said. Muivah expressed that the resolutions adopted at the UNPO Assembly are highly appreciated and “it should be honored by the world communities too”. He then added, “I wish to reiterate that the Naga people stand in solidarity with the struggling unrepresented nations and peoples around the world”.