Biren said his government will ensure the court gives exemplary punishment to the culprits involved in the rape case of a minor girl. 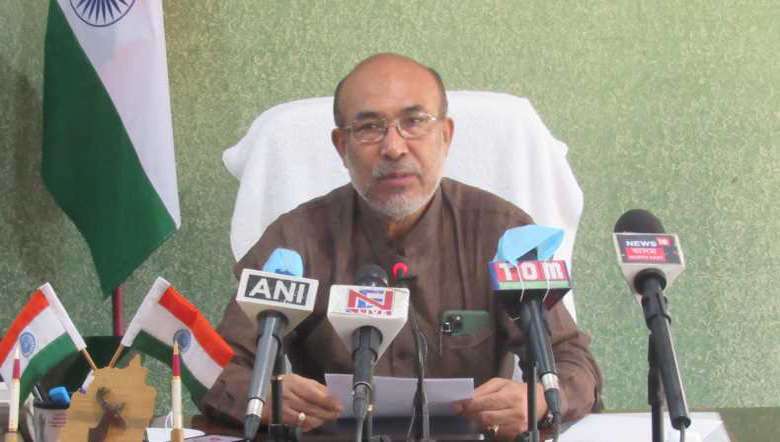 Chief Minister N Biren Singh on Sunday strongly condemned the Mayang Imphal gangrape case and assured the people that the culprit of the crime will be punished as per law within two months and all those involved in the crime even indirectly will not be spared.

Biren was addressing mediapersons at his office secretariat, Babupara in Imphal on Sunday. He said his government will ensure the court gives exemplary punishment to the culprits involved in the rape case of a minor girl.

A 14-year-old minor girl was found gangraped and abandoned unconscious by the roadside at Mayang Imphal by passers-by on August 31. The road connects Heibong Makhong to Irong under Mayang Imphal Police station in Kakching district. She was rushed to the RIMS hospital, where she succumbed to her injuries on September 3, around 11 am.

Altogether six suspected accused have been arrested in the case with the cooperation of the public of Mayang Imphal area, Biren said. He said people in social media are suggesting to give capital punishment but as there is the law, court will decide which severe punishment will be given to the culprits as per the POCSO Act.

Biren appealed to the people to give full cooperation during the investigation, and the state police department, including the home department will investigate the case cautiously for immediate action against the culprits.

Autopsy of the deceased will be conducted and with the help of autopsy report the case will be charge sheeted at the earliest. The state government will extend necessary assistance to the family members of the deceased.

DDAM demonstrates protest and extends assistance to the victim family

Speaking on the sideline of the demonstration, Kiran said the main reason of committing the heinous crime is due to the impact of using intoxicants. To stop such heinous crime, using of drugs and related abuse need to be uprooted. The state government should give capital punishment to the culprits who are involved in the crime. Tuken said the government needs to take immediate necessary action against the culprits so as not to repeat similar crimes in the future.

SPDPO president Yunus said the crime seems to be committed intentionally as the family is run by a disable person who is the father of the victim. The state government needs to give appropriate punishment without biasness, he said.

According to reports, the father of the victim is not informed about the deceased of his daughter yet and he is still waiting for her daughter thinking that his daughter has eloped.

After the protest demonstration, one rice bag and other edible items with monetary assistance of Rs 4000 was donated to the family members of the victim.