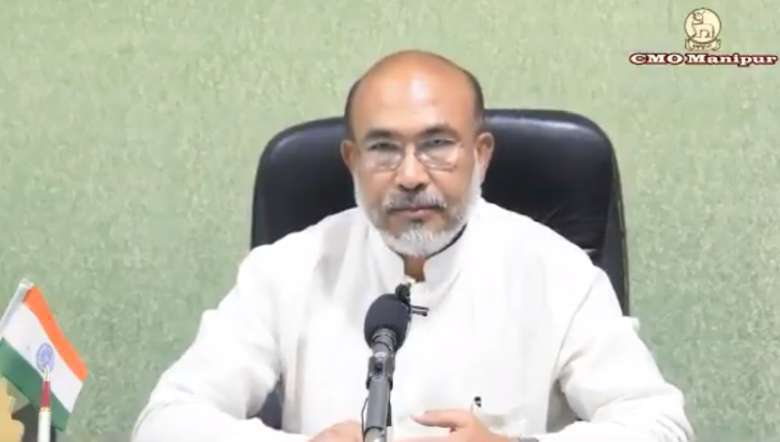 Manipur chief secretary and chairman state executive committee, Dr Rajesh Kumar, in the order said, “There is a need to open and allow more activities while balancing the need to check the spread of infection to provide livelihood to the people”.

Accordingly, the state Government has changed the ongoing timing of the curfew imposed in the entire state between 6 pm to 5am against the earlier 5pm to 6 am.

This followed against the backdrop of the order of the Union Home Ministry’s asking states to no longer impose lockdown outside containment zones without centre’s permission.

In addition to the relaxation on movement of goods, the order said that movements of permitted goods across Indo-Myanmar border under land border trade treaties with Myanmar is to be allowed by strictly adhering to SOP prescribed by the Government. On March 9, Manipur Government sealed the Indo-Myanmar border including the commercial hub Moreh town, in Tengnoupal district of Manipur, indefinitely. Moreh border town bordering Myanmar’s Tamu district is described as India’s gate to south-east Asia.

While the Centre has permitted 50 percent teaching and non teaching staffs to return to schools for online outside, the state has allowed only skill entrepreneurship training in National Skill Training institutes, Industrial Training Institute, short term training by September from September 21.

Manipur Government has also for the first time in months has permitted malls, barbar shops, beauty salons, gyms to open, subject to adhering SOP, during the 40 unlock which will be inforce till September 30. Offices both of centre and state will be allowed to function with 66 percent staff attendance.

Local based shops dealing with essential items like groceries, vegetables, fruits, meat, fish among others shall remain opened from 7am to 5pm on all days except Sunday. However, the timing varies for different districts. Similarly, wholesale shops in the main markets namely Thangal and Paona shall open from 7 am to 5 pm, said the order.

The chief secretary in the order said that gathering like religious, social, political, cultural etc will be allowed from September 20 with a ceiling of 100 persons and adherence to strict safety guidelines. Moreover, marriage gathering with guest not exceeding to 50 and funeral with numbers not exceeding to 20 will be allowed to continue till September 20 after which the ceiling of 100 persons will apply, it added.

While the containment zones will be notified by the deputy commissioners, on essential activities will be allowed. Persons above 65 years, with co-morbidities, pregnant women and children below 10 years are advised to stay home, except for essential and health purposes.