With the market places closed due to the lockdown and curfew imposed in the state, tonnes of vegetables are reportedly decaying and farmers have no option but to dispose of their produce instead of selling them. 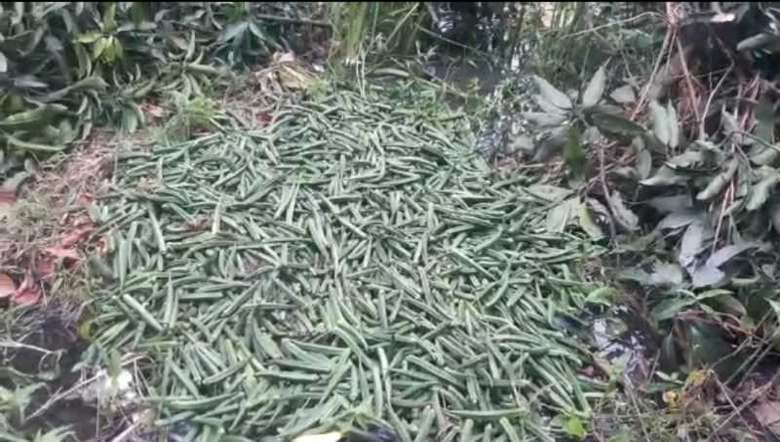 Farmers of Khoijuman village in Bishnupur district of Manipur have been facing the problem of selling their produce owing to the lockdown and curfew imposed in the state. With the market closed and in the absence of storage facilities, tonnes of vegetables are reportedly rotting. The hundreds of farmers have no option but to dispose of their produce instead of selling them.

The farmers sought the attention of the MLA concerned and state government to immediately arrange a market for them or collect their vegetables.

As informed by the farmers, around 500 families in Khoijuman village are engaged in vegetable cultivation and they have to sell their produce every alternate day to maintain their families.

The farmers' union of the area on Wednesday submitted a letter to Chief Minister N Biren Singh, requesting him to make an approximate arrangement to bail out the villagers from their problems. The letter stated that most of the villagers have been depending on vegetable cultivation in one or the other way for decades by growing both Kharif and Rabi crops for their livelihood.

Daily production of various vegetables in the village alone runs up to an approximate quantity of 15 to 20 tonnes vegetables in the current season. However, as the vegetables products are easily perishable with the absence of proper preservation facilities, marginal farmers as well as engaged labourers are facing acute complications, the letter stated.

Speaking to the Imphal Free Press, one of the farmers, Ingudam Mani, said that they want the government to arrange a market for them. If that is not possible due to the lockdown, the state government can buy the vegetables from the farmers or arrange any other alternative means.

He said that they somehow managed to sell their produce at the initial stage of lockdown in the state through middlemen and other sellers who used to collect the vegetables from their field.

But after the number of COVID-19 cases in the state increased, the lockdown became much stricter and they no longer have the means to sell their vegetables, said Mani.

Another farmer Wairokpam Ranjana said, “During normal days, we could sell 10 to 15 tonnes every alternate day but after the lockdown began, we do not have means to sell them since the people who came to collect the vegetables could no longer come”.

Cultivating vegetables and selling them has been a source of income and hundreds of families have been surviving on it. However, as the lockdown began they could not earn like before even when the price of essential items are rising, said Ranjana.

She informed that middlemen used to collect the vegetables and transport them to Imphal, Churachandpur and other places.

President of Farmers Association for Inhesion Reformation, Khoijuman Chongtham Khogendra said that many of the farmers had to dispose of the vegetables since they started rotting. Majority of the villagers earn their daily bread by cultivating and selling the vegetables, Khogendra added.