A source from the Assembly informed the Imphal Free Press that the trust motion was moved by the chief minister on Friday. 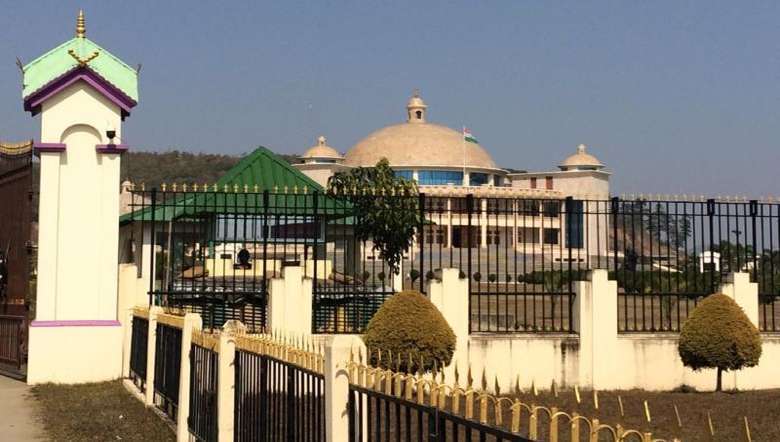 The fate of the BJP-led coalition government in Manipur would be decided on Monday on the floor of the state Legislative Assembly as the House votes on the trust motion moved by Chief Minister N Biren Singh.

The trust motion comes in the wake of the no-confidence moved by opposition Congress on July 28 against the failure of N Biren Singh led Ministry to hand over the high profile multi-crore drug seizure case involving former ADC chairman of BJP, Lukhosei Zou.

A source from the Assembly informed the Imphal Free Press that the trust motion was moved by the chief minister on Friday.

“The objective of both the motions of ruling and opposition are the same. However, government business has precedence over other business as per rule,” said the source.

Subsequently upon the trust motion, the chief minister convened a meeting of all legislators of the ruling coalition, including ministers to discuss tomorrow’s strategy this Sunday morning at 9.30 am at the CM Bunglow, in which legislators were present. The speaker, however, did not attend the meeting.

Meanwhile, of the 24 MLAs of the opposition Congress, 12 were reportedly absent in the Congress Legislature Party (CLP) meeting convened by former CM Okram Ibobi Singh at his Babupara residential quarter in Imphal on Saturday evening.

While the opposition Congress has 24 MLAs on its roll, the ruling coalition has 29 members, including the speaker which comprises of 18 BJP, four each from NPP and NPF, one each from the Trinamool Congress and the Lok Janshakti, and independent Md Asabuddin of Jiribam.

Although the ruling coalition has the numbers in the house, what remains to be seen is whether the seven Congress MLAs in the ruling camp would attend the session tomorrow and vote or abstain from voting.

The three-line whip notice issued by Govindas Konthoujam said that all the members of the party must be in the House from 11 am of August 10 till the end of the session and take part in discussion and voting as per directive of the Manipur Pradesh Congress Committee.

It said all the members should go in line while voting as per the decision taken by Congress Legislature Party leader O Ibobi Singh.

The whip further said disciplinary action (disqualification) will be initiated under Para 2(1) of the Tenth Schedule of Indian Constitution if any member of the party violates directive and abstain from voting.

Meanwhile, the BJP chief whip and minister Th Bishwajit has also issued a three-line whip to party legislators to attend the session and vote in favour of the trust motion.

CLP leader and former CM Okram Ibobi had met state Governor Najma Heptullah and demanded a test of strength in the floor of the house after the withdrawal of support by the NPP, the Trinamool Congress and independent MLA Asabuddin just before the Rajya Sabha elections.