All small shops located in the lanes (gullis) of these two bazaars are not allowed to open irrespective of the type of item being sold. 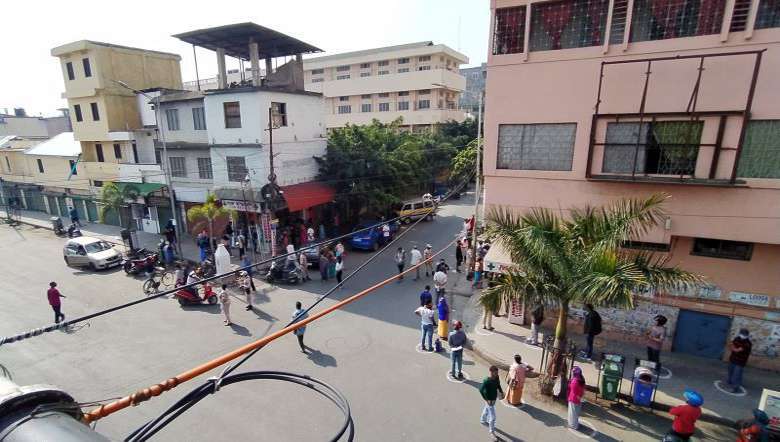 The Manipur government has allowed shops selling particular types of goods at major markets in Imphal - Thangal Bazaar and Paona Bazaar - to reopen on alternate days, except Sunday.

According to a government order issued on Friday by chief secretary J Suresh Babu, shops in Thangal Bazaar that sell goods clubbed under clothes/shoes/stationeries/sports/utensils/crockery, electronics/computers/mobiles/weaving yarn and motor parts/tyres/batteries are permitted to open on Monday, Wednesday and Friday.

Shops selling goods clubbed under luggage & bag/stationeries, cycle/computer/glass & ply/mobile/electronics, dry cleaners, clothes (only eastern side) and weaving yarn in Paona Bazaar are allowed to open on Monday, Wednesday and Friday.

It further said that shops in Paona Bazaar that sell jewellery/cosmetic/photo studio/eye glasses, clothes (only western side) amd shoes/sports/eye glasses are permitted to open on Tuesday, Thursday and Saturday.

“Further, all whole sellers in Dharamshalla and Thangal Bazaar area are allowed to open from 6 am to 5 pm like the other shops,” it stated.

The order also stated that guidelines issued on June 30 and July 9 remains unchanged except for the amended guidelines for shops reopening.