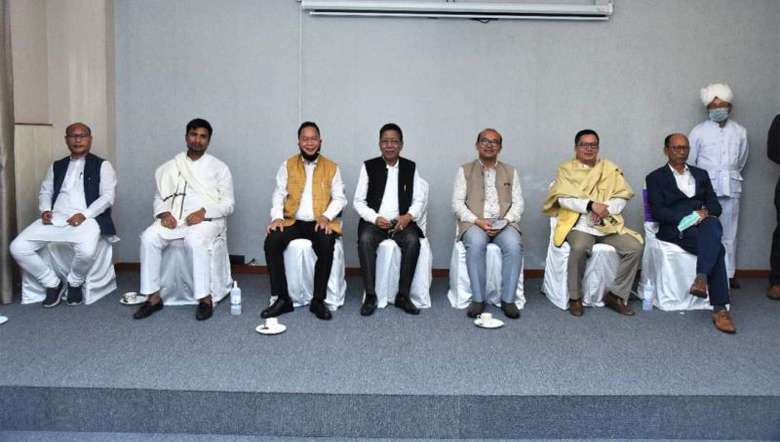 Four newly elected members of the four Assembly constituencies in Manipur were sworn in as new MLAs in Imphal Thursday. By-elections were held in Wangoi, Wangjing Tentha, Lilong and Saitu.

Speaking to media persons after the oath-taking ceremony, Chief Minister N Biren said that whether the newly elected independent candidate will support the BJP is his decision. The party, however, invites him to join the party, Biren said.

Lilong MLA Y Antas said till date there is no question of supporting the government. The matter will be decided along with his election committee.

“I will give first priority to bring development in road connectivity and will be followed by the health sector,” Antas said.

Wangoi MLA O Lukhoi said he was re-elected by the people of Wangoi by keeping in their mind that they are electing a right representative. He expressed gratitude to the people of his constituency for re-electing him and wished for well settled and peaceful governance.

Wangjing-Tentha MLA Paonam Brojen said the results of the by-elections show that people of Manipur trust the present BJP led coalition government. In the coming general assembly election, the BJP would come for a second term, he added.