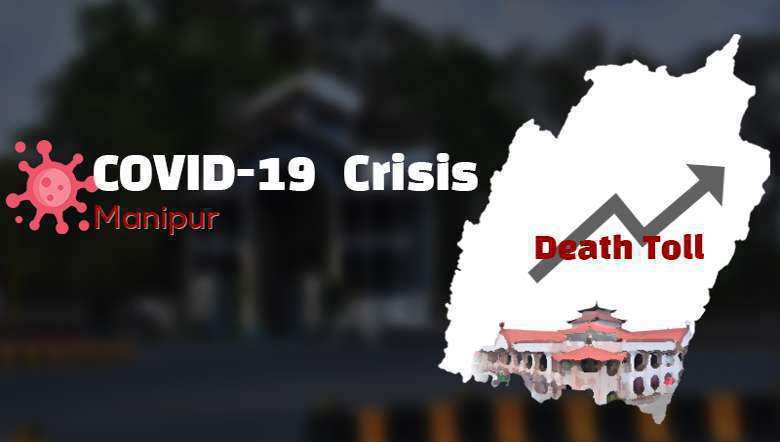 Manipur's COVID-19 death toll neared the 100-mark as four more patients died due to the illness in a span of 24 hours. The cumulative number of deaths in the state is 97. As many as 237 persons, including seven Central Armed Police Force (CAPF) personnel were confirmed a new COVID19 positive cases on Tuesday, pushing the total number of positive cases in the state to 13,793 according to official data.

The positive cases from the general population included 92 from Imphal East, 68 from Imphal West,19 from Thoubal, 15 from Tamenglong, 13 from Bishnupur, 10 from Churachandpur, six from Kakching, three from Kangpokpi, two from Tengnoupal and one from Noney, the release added.

Only eight persons are returnees while the rest are locals without any significant travel history. They are being shifted to the Covid Care facilities. All necessary medical precautionary measures like containment and contact tracing are in place.

Meanwhile, following reports of some individuals undergoing COVID-19 testing at two different laboratories, apparently to validate the result from the first lab against that of the second lab, the state health department stated that no validation testing is allowed under the SOP for testing.

"Such validation testing creates confusion and is not allowed under the SOP for testing issued on 17 September, 2020 by the government. If a test is to be repeated for whatsoever reasons within 7 days of the first test, approval from a competent authority described in the SOP is necessary. All labs (public and private) are requested not to entertain customers requesting such test," the state health department stated on Tuesday.

"If you were in contact with a positive person, isolate immediately. Contact Covid control room or CMO for testing," the health department stated.

The public can also avail online teleconsultation by government doctors from home between 10 am and 3 pm every day except Sunday by downloading ‘eSanjeevaniOPD’ app at Google Play Store or by visiting the website ‘www.esanjeevani.opd.in’.