The number of forest fires in Manipur during the pandemic has crossed 12,000, chief conservator of forest, Manipur said. 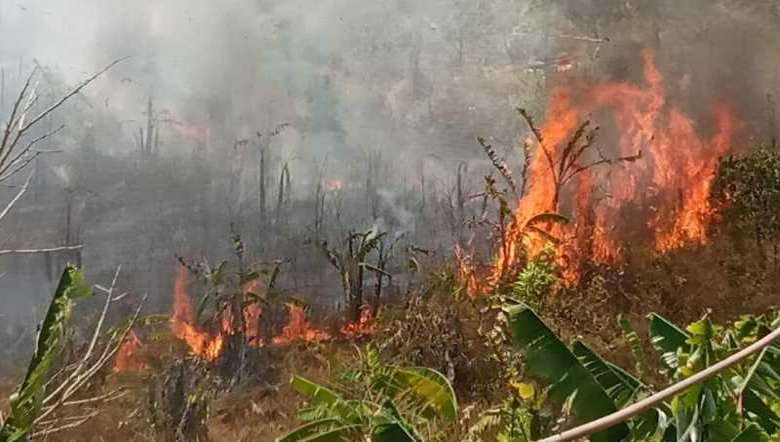 Forest fire is one of the major causes for fast depletion of forest areas in Manipur. The state has suffered the highest loss compared to other Northeastern states in India. The recent disturbing fact is that the maximum number of forest fires in the state was reported during the Covid-19 pandemic lockdown period from March to June for the current year. The number of forest fires in Manipur during the pandemic has crossed 12,000. The number was around 5,000 in 2015-2017, said additional principal chief conservator of forest, Manipur, Anurag Bajpai. He said many have been arrested for offences related to forest fires.

The possible reason for the increased in the forest fire during COVID-19 pandemic is possibly due to the fact that people ventured out to the hills and forest since they are restricted from coming out on the streets during the lockdown in the state, Bajpai said.

Manipur suffered the highest loss of 499 sq km of forest cover in comparison to other Northeast states, according to the Indian State of Forest Report (ISRF) 2019. The data interpretation period of the ISRF 2019 report is from October 2017 to February 2018. Of the total 499 sq km, the lost area, 491 sq. km. is in the hill districts namely Churachandpur, Tamenglong, Senapati, Chandel and Ukhrul.

According to the report, maximum loss of forest cover is noted in Churachandpur i.e. about 250 sq. km. Churachandpur and Tamenglong are two districts considered to be falling under extremely fire prone areas. In valley districts, about 8 Sq. Km. was lost due to rampant encroachments and illegal earth cutting in Imphal and Thoubal Districts. Many hillocks have disappeared particularly in Thoubal which were forested in the last two-three years.

It may be pointed out that the ISRF 2019 data is in contrast to the ISFR 2017 report that stated that forest cover in Manipur has consistently increased to 263 sq km since 2015.

In view of the recent reports of increasing forest fires, to protect and conserve the forest area, the Manipur forest department issued a statement in April and appealed to all sections of the society particularly youth and students to render their assistance in prevention and control of forest fire.

As a part of the government initiatives to protect the forest, villages engaged in protecting the forest from fires are provided incentives to motivate them, training of villagers to fight the forest fires and equipping them with forest fire fighting tools has been initiated, Bajpai said, speaking exclusively to the Imphal Free Press.

He pointed out that sometimes intentional forest fires are created by the villagers before felling of trees for firewood both for domestic and commercial consumptions. There is also the acute shortage of staff in the forest department, which is why the activities in the hill areas go unchecked, he said.

Hence, awareness generation among the villagers residing near forested areas, livelihood components in the schemes of the department to prevent intentional forest fires have been incorporated in recent years and drones have been procured and used to monitor the forest fires, Bajpai said.

To protect the forest areas, the public should also come forward and understand that it is their resource and they are sustaining their life through it. Besides the government, the media also has a vital role in sensitizing the people on the needs of protecting and conserving the forest, he said.

Apart from forest fires, many other factors are attributed to the decrease in forest areas in the state. Hence, the state government had also constituted a multi-disciplinary High Powered Committee on April 30, 2020 under the chief secretary to look into issues of illegal pattas (land measurement) and reconciliation of forest and revenue boundaries. In the same month, the forest department and police evicted illegal dwellings in Langol Reserved Forest in Imphal after giving prior warnings to illegal dwellers.

After the eviction, Principal Conservator of Forest and head of forest force, Manipur, Kereilhovi Angami said that the constructions of the houses were spotted by a patrolling team of the department and they were asked to stop the constructions. However, taking due advantage of the lockdown situation, while the staff were fully engaged in controlling and fighting forest fires at different places, the encroachers restarted constructions.

"Encroachments, including illegal constructions inside reserve forest violates provisions of Indian Forest Act, 1927, Manipur Forest Rules 1971 and instructions issued by the Centre," Angami said, adding, “Besides evictions, the encroachers are liable for punishments with imprisonment or fine or with both”.

Speaking exclusively to the Imphal Free Press, Bajpai said, "Changing the mindset and lifestyle of the people is a big challenge for the department even if many awareness programmes are conducted throughout the year. The state government cannot put one to one person to protect and conserve the forest".

Bajpai also said to prevent smuggling of forest produce and wildlife crimes and use of fake Transit Passes (TPs), an online portal has been launched and in operation. Coordination among the Forest Department, Assam Rifles and Police Department which is much needed has improved and seizure and confiscation of illegal forest produce in transit has increased. Mobile patrolling squads have been constituted in the Central Forest Division (Imphal) and the proposal for improving the field staff strength and equipping them with arms is under consideration of the Government, he said.

To prevent encroachment, illegal earth excavation and issues related to illegal Pattas, encroachments have been evicted from Chingkhei Ching (Nongmaiching) Reserved Forest, Imphal East, he said, adding that notices have been issued to encroachers in Langol Reserved Forests, Imphal West. The district-wise sites for earth excavation which could be rotated and regulated as per laws have been identified by the Joint teams of Forest, Commerce and Industries and Revenue Department.

Mobile patrolling squads have been constituted in the Central Forest Division (Imphal). Drones have been procured and used to monitor the encroachments. Digitization of Forest boundaries with expert agencies is being initiated, Bajpai said. He said that in hill districts, the focus is on awareness generation and converting them into Community Reserves as per Wildlife (Protection) Act, 1972 for better protection and management of the unclassed forest through community. He said that the loss of about 491 sq km forest area in hill namely Churachandpur, Tamenglong, Senapati, Chandel and Ukhrul is due to the ‘unclassed  forest’ supporting various tribes engaged in Jhum cultivation, bona fide needs like firewood and minor forest produce. To reduce the extraction of firewood, on a pilot basis the Forest Department linked the forestry schemes with Prime Minister's Ujjwala Yojana for distribution of LPG connections in Senapati, the chief conservator said.

Livelihood components in every scheme of the department have been incorporated in recent years in order to reduce the numbers of Jhumias. Regular destructions of poppy cultivation areas with Narcotics Affairs and Borders, police and efforts to reclamation of the area through plantations of local species has also been initiated, he added.

It may be pointed out that the Manipur Land Revenue Act does not extend to the hills. Besides that, though the forest department is trying to stop smuggling of timber and other forest produce and forest offences like earth cutting, encroachments, etc. it is facing difficulty due to the acute shortage of field staff, mobility and arms, said Bajpai.

Moreover, the illegal Pattas and Jamabandis issued in forest areas in the valley are also said to have contributed to forest cover loss. Diversions of large areas under forest cover for developmental projects such as railways, construction of highways/ roads and particularly Pradhan Mantri Gram Sadak Yojana (PMGSY) roads in hill districts have also contributed to great loss of forest covers in recent years.

Another problem in recent years is, for want of compensation, a tendency has emerged among villagers in hill districts to clear the forest area and develop temporary habitations overnight. To check all illegal activities, there is an urgent requirement to improve the mobility of field staff at least up to Range Forest Officer level by providing patrolling vehicles, Bajpai said.

And there are bottlenecks to check illegal activities. In the 14th Finance Commission, no funds were allocated to the Forest department for implementation of prescriptions of the working plans. This has also led to the alienation of villagers from the forests as the villagers in hills used to get seasonal employment from forestry operations, he said.

The chief conservator also said that rampant felling of forest areas for poppy cultivation by anti-social elements in hill districts has contributed tremendously to forest cover loss. Felling of trees to meet the fuel-wood requirement at domestic level and use of firewood in all the rising number of brick fields is also one of the major reasons for depletion of forest cover in the hills, he added. 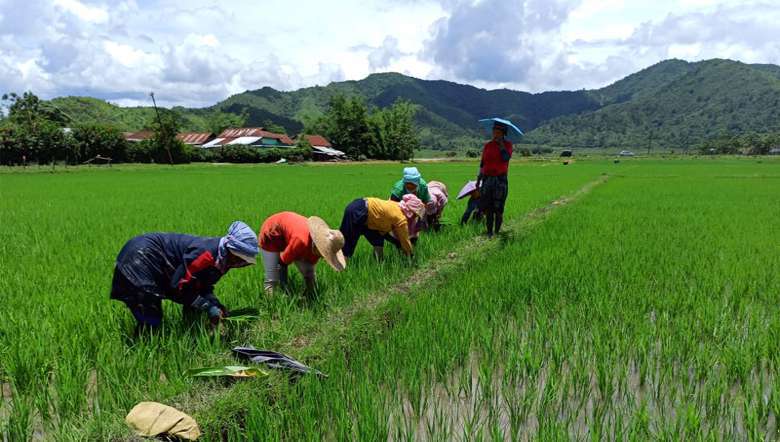