Despite the twists and turns, the government looks safe to the naked eye. But who knows? 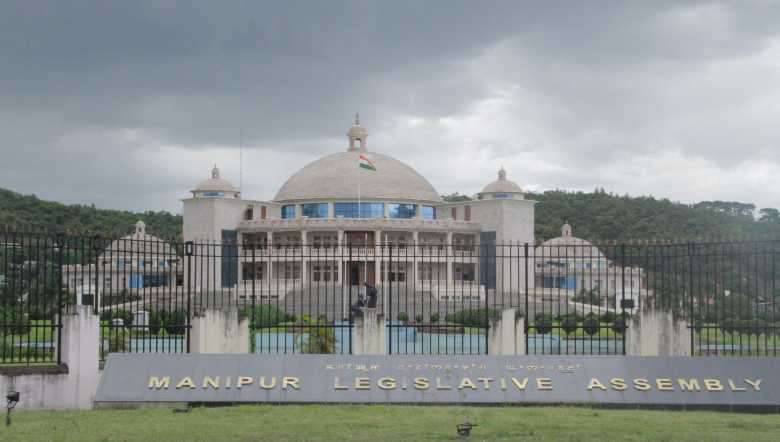 As Speaker Yumnam Khemchand rejected the motion of no-confidence put forth by Okram Ibobi-led Indian National Congress, a confident Chief Minister N Biren Singh has filed a motion of trust in his government in the monsoon session of the Manipur Legislative Assembly. The motion will be discussed and voted on Monday. Biren seems to have finally found a firm footing on the ground as an astute political leader. Over the years, his trouble-shooting days in the Congress under Okram Ibobi had somehow remained stuck in his personality, as can be seen from his head-on or hands-on approach on every issue, his accessibility and his direct engagement with various stakeholders, be it in politics or officialdom or with civil society organisations. He has finally managed to emerge from that cocoon and now he is brimming with confidence, as can be seen from his recent moves.

Right from Day One, it was not an easy ride for the beleaguered Chief Minister. From managing the coalition partners to balancing the ever increasing demands of newly acquired friends from Congress and party MLAs who were left out of the ministry, not to talk of dissidence within the party ranks and of learning a new culture as inspired by the Sangh Parivar, it was indeed a perilous journey fraught with danger and unseen forces. Somehow, he seems to have weathered the storm, as he gets full backing from the all-powerful Union Home Minister Amit Shah and BJP leadership in the Centre. Nowadays, he is seen having a cosy relationship with the new state party president and MPs, which was absent earlier.

Now, this Monday is very important, not only of voting on the trust motion but also about his grip on the coalition government and the party. The Manipur Legislative Assembly has now an effective strength of 53 legislators, with 4 disqualified and 3 BJP legislators whose resignations were accepted by the Speaker. Of these 53 legislators, BJP and its partners numbered 28 excluding the Speaker while that of Indian National Congress is 24 including the silent supporters of the BJP led government. Numbers are very much in favour of the N Biren Singh government. Even without the votes of the Congress friendlies, the government is safe to the naked eye. But who knows? Political fortunes are made and unmade every day and Chief Minister N Biren Singh is not taking any chances. We all have seen the twists and turns of the recently held Rajya Sabha elections. Lucky that party whips cannot be issued in the case of Rajya Sabha elections. That is how Biren Singh managed to get the BJP candidate Leishemba Sanajaoba elected through cross-voting. Even the party high command had given up hope on Manipur electing a BJP nominee for the lone RS seat, following withdrawal of support by its partner NPP and other two MLAs one Trinamool and the other Independent.

The feat was considered spectacular by the BJP higher-ups, including Amit Shah and General Secretary Organisation B L Santosh, it seems. Now, it is but certain that Biren Singh might have a few aces up his sleeves both for the trust motion and his political future. It appears, he has set his eye on a second term as Chief Minister. Perhaps he might even trigger a split in the Congress ranks. Who knows?