Landowners are appealed to give land records to tenant farmers: Agri director

To receive the fertilisers provided by the agriculture department, director of agriculture Laltanpui Vanchhong appealed to the landowners of paddy fields to provide a xerox copy of the land records to the tenant farmers. 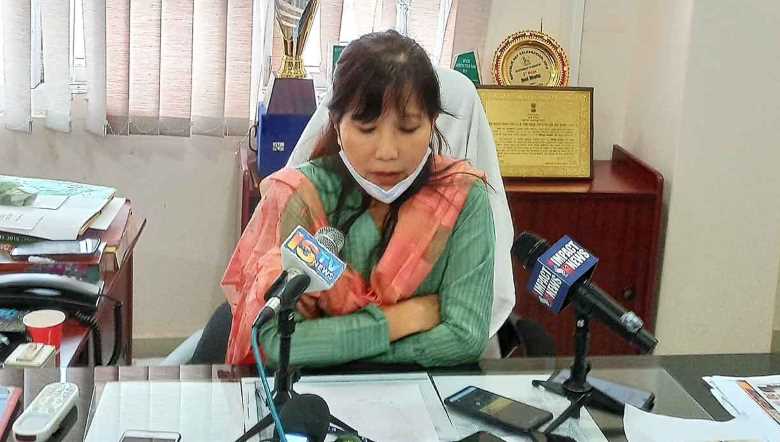 To receive the fertilisers provided by the agriculture department, director of agriculture Laltanpui Vanchhong appealed to the landowners of paddy fields to provide a xerox copy of the land records to the tenant farmers.

Speaking in a press meet held at the office chamber of director of agriculture located at Sanjenthong, she instructed that the words “this is issued for the purpose of urea fertilizers not for others,” should be written on the copies.

The department has been distributing 30 kg of urea per ‘Sangam’ (local land measuring unit) at MRP rate, she said. If any dealers hike the price, then please provide information with efficient evidence to take up necessary action, she informed, while adding that those dealers will be cut off his or her dealers’ license.

As of now, there are no issues of dealers in the state taking extra charges or hiking the prices, she further informed. Transportation charges are borne by the government except that farmers are paying their own charge for transportation from the dealer’s office to their own residence, she added.

All district dealers are making sure that fertilizers are provided to each farmer, she urged the farmers to bear with the ques as dealers are distributing urea to 150 farmers per day while informing that the number will be increased to 300 per day.

She said that the department is making best efforts to make sure that sufficient urea fertilizers are available to the farmers for the cultivation of Kharif crops at Rs. 266.80 per bag. There will be no shortage of urea she informed while adding sufficient fertilizers will be available in the state within two weeks, as the transportation has started.

Distribution of urea has been started since June 17 at Imphal East, Imphal West, Thoubal and Bishnupur districts DO offices. During distribution, issues came up on doubling of farmers records as data entries are done on software. Tenant farmers are also facing issues of not getting land records from the landowners, she said.

In some districts, there are some issues concerning khas land where farmers have been harvesting for many years but do not come under any particular land records, she said.

For such matters, the department field survey officers are identifying the areas for collection of details and works are under process. After completing verification, the urea fertilizers will be distributed to them, she said.

The transportation of urea fertilisers started in February of this year but it was stopped due to the lockdown. However, with the special request made to the ministry concerned, the transportation was resumed. It has been halted due to a landslide which has blocked the Jiribam to Imphal road, she informed.

However, the department is taking steps to ensure that urea has been transported, she added.