The joint students body threatened to carry out an agitation if the government failed to meet their demands. 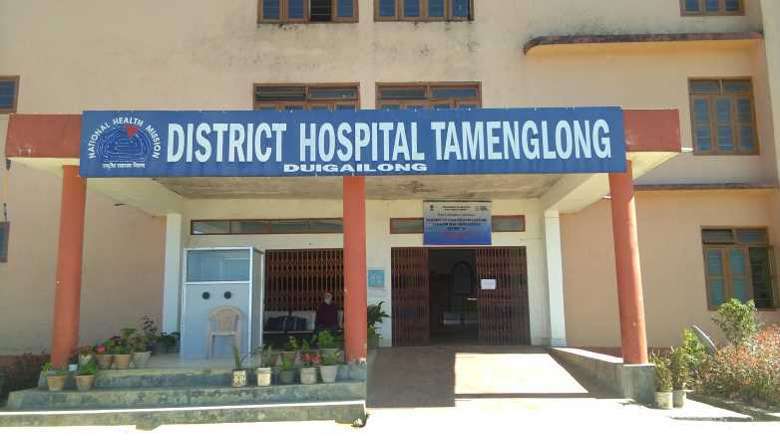 A day after the Imphal Free Press and the ISTV news channel highlighted the acute shortage of specialist doctors and lack of facilities in the Tamenglong district hospital, a joint students’ body inspected the hospital at Duigailong on Monday.

The joint student’s body set 10 days’ time to the state government to post all required specialist doctors in Tamenglong district hospital and establish a blood bank and a dialysis unit at the district hospital.

Speaking to the Imphal Free Press, Rongmei Naga Students' Organization Manipur (RNSOM) president Daichuipou Gangmei said that if the government did not post the require doctors within 10 days, the joint student’s bodies will carry out agitation and if any untoward incident happens during the agitation, the state government should bear the responsibility.

He said that this is the second time reminding the government. Earlier, they met Chief Minister Biren Singh. Deputy commissioner Tamenglong, Armstrong Pame and chief medical officer Tamenglong, Dr Chambo Gonmei have been demanding the said requirement for the past several months. However, till date, no action has been taken yet.

“We are going to launch intense agitation this time if the government did not pay heed to the demand within 10 days,” Daichuipou said.

The Community Health Centre at Nungba and Noney PHC also require doctors to be posted, he said.

In the interaction, the chief medical officer Tamenglong informed the student bodies that new machinery has been procured and had reached Imphal. However, before reaching Tamenglong, the Irang bridge collapsed, he said.

The CMO also informed that many doctors were posted in the district, however before joining the posting place many doctors applied for another place or got the transfer order revoked. Some went for further studies and at the same problem of acute shortage of doctor keep resurfacing.

Due to lack of specialist doctors and amenities in the district hospital, many patients were referred to Imphal for better health facilities. Several patients have to bear the pain of travelling through the bad road condition for over seven hours, and in the process, some even lost their lives. On reaching Imphal, there are several other complications of admitting the patients and finding accommodation for patient’s attendants by spending extra amount of money.