“On this day, let us remind ourselves of the teachings of Lord Krishna and propagate love and affection for all and usher in an era of peace and prosperity in Manipur,” the governor said. 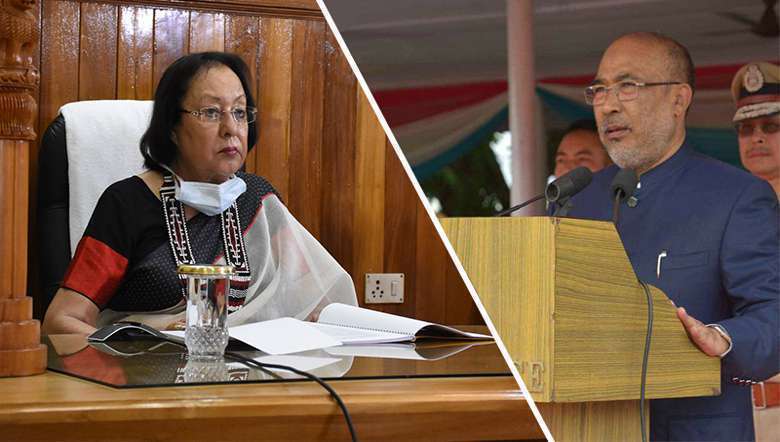 This year, according to the Hindu calendar, Krishna Janmashtami falls on August 11-12.

In her message, Najma Heptulla stated that Krishna Janmashtami celebrates the birth of Lord Krishna, an incarnation of God on this earth. The festival is celebrated by the followers of Hinduism with gaiety and fervour all over the country. The faithfuls believed that the Lord undertook his earthly sojourn to teach mankind universal love and karma. His timeless teachings of ‘Karma’ to Arjuna in the battlefield of Kurukshetra signifies the worship of work and carrying out one’s duties without any expectation of reward, it added. It also symbolises the essence of truth and will forever remain the guiding principle of mankind, it stated.

“On this day, let us remind ourselves of the teachings of Lord Krishna and propagate love and affection for all and usher in an era of peace and prosperity in Manipur,” it added.

The chief minsiter also extended his greetings to the people of the state while noting that as per the Hindu calendar this year, the 5247th birth anniversary of Lord Krishna will be celebrated.

In his message, the CM stated that Lord Krishna is considered to be the eighth incarnation of Lord Vishnu. Followers of Hinduism believe that he was born into this world to help people get rid of evil elements, it stated.

“On this auspicious day, celebrating the birth of Lord Krishna, let us strive to free our minds and deeds of evil and fill them with compassion, sharing and love,” he added.

Speaker Y Khemchand also wish the people of the state in a message: "I, on this occasion of Janmashtami, wish you all be bestowed with lots of happiness and joy".

Works Minister Th Biswajit Singh wished that the festival will inspire the people to strive for the ultimate truth..

“The divine message of Lord Krishna, enshrined in the Bhagavad Gita, exhorts mankind to strive for the ultimate truth and to do one’s duty to the best of one’s ability without being concerned about the benefits to be gained,” he said.

Extending his wish to the people, the works minister stated that this year, the COVID-19 pandemic has profoundly impacted the entire world, presenting an unprecedented challenge before all.

“Let this festival once again inspire the people in our collective fight to defeat this pandemic. Let us, once again, pledge to contain the spread of the disease by following SOPs like maintaining social distancing, wearing masks, avoiding large gatherings in the larger interest of the people,” it stated.