Is Thoubal turning into a hotbed of Coronavirus? 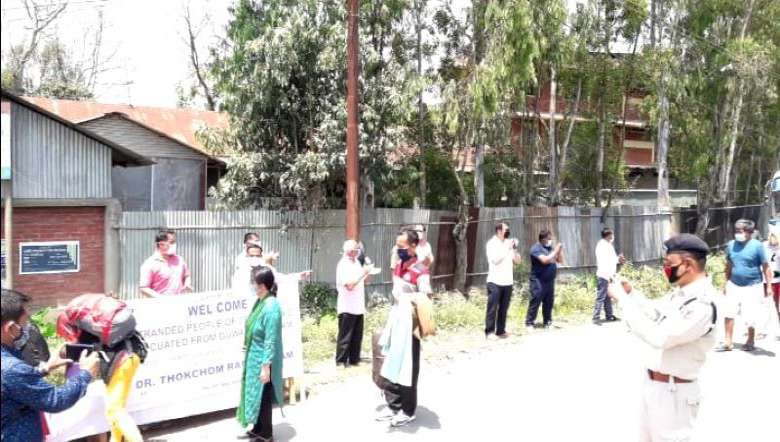 Thoubal district in Manipur has entered into a critical stage of COVID-19 spread as a total of 44 individuals were tested positive for COVID-19 on Saturday. With the major single day spike, the 100 bedded Covid Care Centre in the district can no longer accommodate the new cases and the new patients will be shifted to the Covid Care Centre at UNACCO in Imphal, officials said.

The District Surveillance Officer, Thoubal, informed that as many as 170 samples were tested at the District Hospital of which 10 were confirmed COVID-19 positive. Of the 87 samples tested at the testing centre at Moijing High School, 26 tested positive for the virus.

Another eight samples sent to RIMS testing lab were also confirmed for COVID-19 on Saturday.

The 10 individuals that tested positive at District Hospital included eight family members and relatives of a person from Thoubal Achouba, who tested positive for the virus on Friday. The other two are contacts of the Pradhan from Lilong.

Majority of the samples tested at Moijing High School were of the contacts of the Pradhan and Members of Moijing Gram Panchayat.

As per IDSP data released on Saturday evening before the report of the major single day spike, Thoubal district had the second highest number of COVID-19 active cases at 131. The first one is Kangpokpi at 149.

An official of Manipur health department who is stationed at the state Covid-19 Control Room opened within the Chief Minister’s bungalow tested positive for COVID-19 on Saturday.

Dr. K Sasheekumar Mangang, spokesperson Health department, said the health official came into contact with a doctor from Thoubal district, who had tested positive for coronavirus on Friday. The doctor (Medicine) is posted at Senapati district.

The spokesperson further said the NHM staff after returning from Senapati reported for duty at the Control room. Moreover, the patient being a staff of NHM also reported to health directorate his parent department, he added.

Samples collection of all the employees of NHM, Control room and security personnel posted near the control room building have begun.

As such, the district authority has directed all primary contacts, including both hospital staff on duty and patients who attended Medicine OPD on the two days to report to the Office of the District Surveillance Officer, Senapati, immediately for testing.

"Further the Secondary contacts are advised to follow strict home Quarantine to contain the spread of COVID-19," it added.

Meanwhile, in view of the threat of COVID-19 spread, Senapati DC, Lalithambigai K on Friday ordered shutdown of the District Hospital from its normal functions with immediate effect until further notified.

The DC also ordered closure of the market in the district headquarter with immediate effect for five days or until further notified, whichever case is earlier in addition to the prohibitory order under section 144 the code of Criminal Procedure 1973 issued on July 23.

All the secondary contacts are to undergo strict home quarantine, the memorandum added.

Meanwhile, as per a release issued by the COVID-19 control room, the total number of positive cases in the state has reached 2,176, with 30 new cases detected. They were detected at VRDLs of RIMS (24), JNIMS (1) and DHs of Thoubal (1) and Ukhrul (4) it said.

All except three persons from Imphal East, Imphal West and Thoubal are returnees from other states, the release said. All necessary medical measures like containment and contact tracing are in place, it stated.

At least, 29 more patients were discharged after they were tested negative. The number of active and recovered cases is 656 and 1,520 respectively. The recovery rate is 69. 85 per cent, it added.