IMC! Will you please stand up

The Imphal Municipal Corporation has not been able to stand on its own feet and always had to depend on state government grants for clearing up the borrowed wages of the employees. 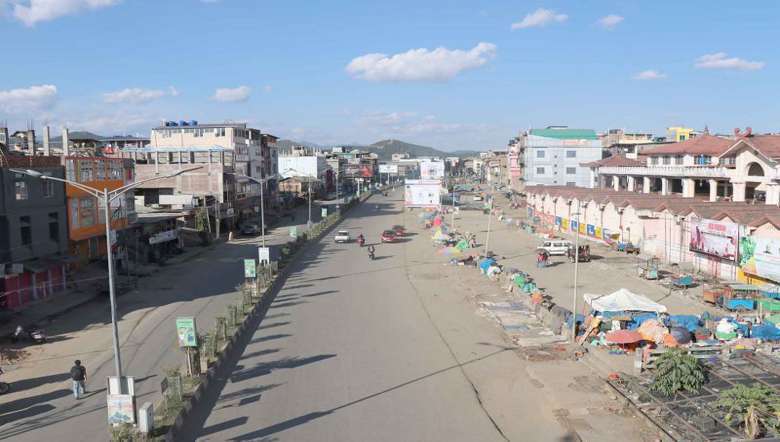 Recently, a hand grenade was ‘gifted’ to the Mayor of Imphal Municipal Corporation Mr L Lokeshwor Singh. According to the mayor, he has not received any threat or monetary demand letter from any armed group or individuals and so he has no clue who might be behind the incident. Whatever be the immediate cause for the gift, surely something rotten is going on in the corridors of the corporation. Otherwise, who would dare to gift a grenade to a cash-strapped corporation, living on borrowed time and government dole-outs from time to time. Once again, the IMC employees are on cease work strike over non-payment of wages and have stopped cleaning garbage and solid waste from the city and it is fast piling up raising the stink to new levels. This is not the first time that municipal employees are on strike over non-payment of wages. Even though it was upgraded to the level of Council and again to a Corporation, it was always cash-strapped and the employees were not paid wages for months and months and they had no other option but to launch agitation, while the general public suffers from the stink of the diseased environment for days altogether.

The IMC has not been able to stand on its own feet and always had to depend on state government grants for clearing up the borrowed wages of the employees. Yet, no one seems to bother about increasing the effectiveness of managing the Corporation and the city through an embedded revenue structure and financial viability, be it among the mandarins of Municipal Administration, Housing and Urban Development (MAHUD) and their political bosses or the elected officials of the Corporation. Instead, they are more interested in constant power play and in dipping their hands in the honey-pot of the various central funds released under various welfare programs, like the AMRUT and Smart City Mission etc. Because of the power play and lack of an anti-defection law at the level of municipal governments, Councillors or Corporators keep shifting their allegiances and leap-frogging from party to party, that too back and forth, leading to constant turmoil.

In such a tumultuous state of affairs, the state government had to resort to suspension of IMC many a times, in the past. The most recent suspension was in the month of July last year. Although, the official cause of suspension of the Imphal Municipal Corporation (IMC) was alleged financial irregularities and abuse of power, it was more because of the constant political bickering among the Corporators. The Government had reportedly examined a report of the local fund audit submitted by the corporation on January 14, 2019 regarding a special audit inspection on IMC. Based on the findings of the report, MAHUD department on July 3 issued a show-cause notice to IMC directing to submit an explanation on financial irregularities, violation of guidelines, and diversion of funds among others. However, the MAHUD found the written reply furnished by the IMC not satisfactory and approximately explained the charges levelled against the corporation. However, the Corporation was revived again recently, which was followed by shifting of allegiances by more Corporators to the ruling BJP.

The current agitation by IMC employees may come to an end after negotiations and a fresh infusion of funds to pay the back-log wages and the general public may once again be able to breathe fresh air within the city limits. But, that would be a short-term measure. What is really needed is to develop a viable revenue model for the city corporation, so that it will be able to stand on its own feet.