During these days of COVID-19 pandemic, there are stories of warriors and heroes and unsung heroes. Laibi, a street vendor in Imphal, is one among the several unsung heroes who took the trouble to take Somichon Chithung home in her humble auto.

A girl returnee from Kolkata was hit by COVID-19 on reaching her home state, Manipur. But she was one of those lucky ones to have recovered from the deadly illness and discharged from the hospital. However, little did she knew that she would be hit by social stigma as she stepped out from the hospital. She was declared free from the virus but there was no means to reach her native place in Kamjong district as vehicle owners refused to transport her home. She shuttled back and forth looking for a way to reach home and finally, as it was getting dark and when every means seemed lost, she found help in a total stranger, Laibi Oinam of Pangei.

During these days of COVID-19 pandemic, there are stories of warriors and heroes and unsung heroes. Laibi, a street vendor in Imphal, is one among the several unsung heroes who took the trouble to take Somichon Chithung home in her humble auto.

Somichon of Skipe village in Kamjong was working as a nurse at BP Poddar Hospital in Alipore. But following the lockdown, she returned from Kolkata and reached Imphal on May 14. On being screened and tested, she was found positive for COVID-19 and given treatment at JNIMS, Imphal. On her recovery, she was discharged on May 31.

As narrated by the girl’s father, Zingshongam Chithung, on learning that his daughter was going to be discharged, he travelled to Imphal to arrange for her transport. He sought help from MLA of 43-Phungyar and ADC of his area but got no help. He along with a friend went looking for a vehicle to take his daughter to Kamjong. There were many vehicle owners who were initially willing to travel but they refused on learning of the history of the passenger.

Then they met Laibi Oinam, a street vendor at Khuman Lampak, who was selling dried fish. She asked them where they were going. When she came to know of their plight she warmly offered, "I can take her in my auto if it is okay." Since, it was going to be a long journey and they had to travel at night, she told them that she would pick up her husband and meet them at JNIMS.

On reaching JNIMS, the authority refused to release Somichon on the ground that she could leave only in an ambulance. So, Laibi and her husband left the hospital. When the ambulance came, the girl’s father and his friend were told that the ambulance was to drop her only till Dewlahland and not Kamjong. But they did not have a place to stay there and that they had to go to Kamjong, not Dewlahland. So, the ambulance left since it didn't have permission to travel to Kamjong.

Somichon and her father met the JNIMS authority again and finally, she was allowed to travel in a private vehicle. So, they called up Laibi again, who returned with her husband and picked up Somichon. It was already 6 pm when they left for Kamjong.

Somichon said they reached Kamjong the next day at around 2:30 am and they parted from there. She was taken to her village in another vehicle after reaching the twon.

Laibi and her husband returned to Imphal after dropping off Somichon. However, on returning to Imphal, they were kept in quarantine centre because they had travelled with her. On learning of their help, Little Drops of Ukhrul decided to give Rs 5,000 as a token of gratitude to Laibi and her husband.

Laibi’s story remind us that as long as kindness and humanity continue to thrive, the world will surely overcome this Coronavirus pandemic that has caused severe crisis situation over the entire world today. 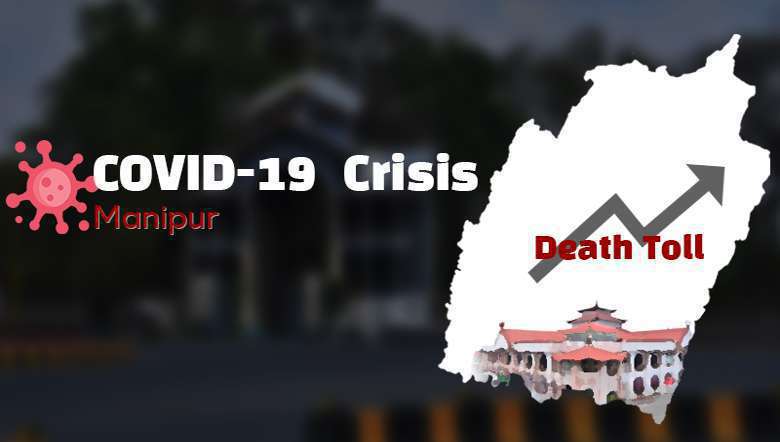