Gyanendro was accorded to the chair of president, Hockey India during the 10th Hockey India Congress held on November 6 at New Delhi. 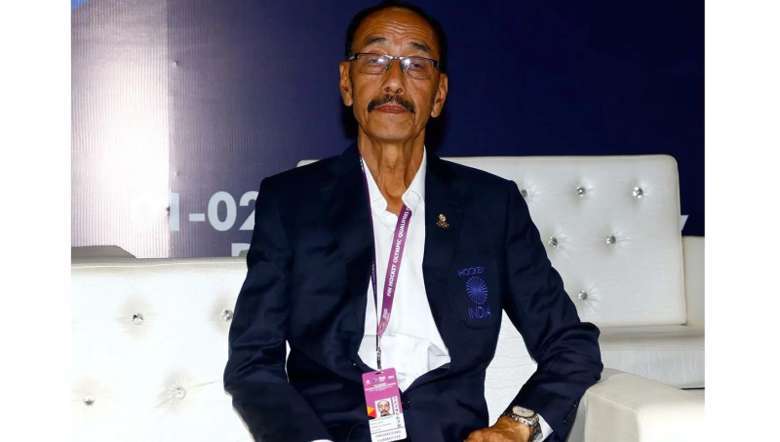 Gyanendro was accorded to the chair of president, Hockey India during the 10th Hockey India Congress held on Friday last at New Delhi.

Officials from Youth Affairs and Sports along with Manipur Hockey received Gyanendro Ningombam at the Airport. He is the first person from Manipur and northeast India to hold the top post of president of Hockey India till date.

Manipur Hockey secretary, Seram Neken said that election of Gyanendro as the head of Hockey India is a proud moment for the sports lovers of the state. During his presidentship, there will be ample of opportunities to develop Hockey in the state, he added.

While stating that the state government has also committed to construct Hockey ground in each district, he made a humble appeal to all Hockey players and officials to come forward to fructify this dream.