“If the common phrase ‘Chingmi-Tammi Hingminasi’ is not a lip service, valley people should not continue to oppose territorial council, Sixth Scheduled, Article 371 (C), other basic rights and protection and amenities enshrined in the Constitution of India for the hill people.” 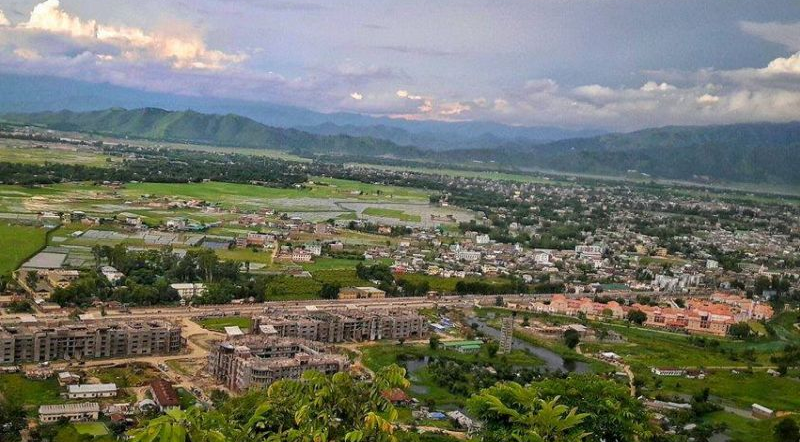 All Tribal Students’ Union, Manipur (ATSUM), Kuki Students’ Organisation, general headquarters and All Naga Students’ Association, Manipur (ANSAM) have submitted a strongly worded memorandum to the chairperson of the Delimitation Commission of India Ranjana Prakash Desai on Monday in this regard, said the three student bodies.

In the memorandum, the three students’ bodies alleged that “valley centric civil organisations and political parties in the valley of the state” are working hard to obstruct the process of delimitation in Manipur on a “flimsy ground with a mala-fide intention to deprive the political rights of Manipur bestowed by the Constitution of India under the Delimitation Act 2002”.

ATSUM, KSO general headquarters and ANSAM also said that the ‘stiff opposition’ raised by ‘all political parties’, with the exception of hill based political party leaders and legislators, in the meetings held on June 15 and June 17 under the “pseudo nomenclature of All Political Parties against the delimitation exercise” is very unfortunate.

“Perhaps, the said exercise for rationalization of seats across the hills and valley as entitled on the basis of population besides the condition to freeze increase of seats in the state assemblies and the Lok Sabha until 2026 under the 84 Amendment Act of 2001 must have negated the chauvinistic interest of the valley based politicians,” said the memorandum of the hill based student organisations.

The memorandum then said that Manipur is no exception to the re-adjustment of allocation of Assembly seats as has been done in 24 states all over India. “If the common phrase ‘Chingmi-Tammi Hingminasi’ is not a lip service, valley people should not continue to oppose territorial council, Sixth Scheduled, Article 371 (C), other basic rights and protection and amenities enshrined in the Constitution of India for the hill people,” the memorandum added.

“In the event of failing to carry out delimitation process due to objection raised by the pseudo All Political Parties of the State and civil organisations that represent only the valley interest, the three umbrella organisations of the tribal ethnic groups will be compelled to launch a concerted social movement for equal representation,” the three hill students’ bodies cautioned. “Your prompt action and deliverance of justice in this regard shall be highly solicited,” they added.


Interestingly, the memorandum stated that the All Tribal Students’ Union Manipur (ATSUM), in collaboration with the principle bodies “take this opportune moment to express a profound sense of gratitude and happiness for having rescinded the notification dated February 8, 2008 by the government of India and the subsequent issuance of orders for Delimitation of Assembly and parliamentary constituencies vide Government notification No. S.O 1015(E) dt. 6/3/2020 and the Delimitation commission letter No. 281/DEL/2020 dated May 29 and  June 2, 2020”.

According to the memorandum, topographically Manipur is broadly divided into valleys and “Hill Areas” inhabited by various ethnic communities. The memorandum also mentioned that the “Hill Area” is predominantly inhabited by the “Nagas and Chin-Kuki-Mizo tribes” and the valley is inhabited by the “Meiteis/Meeteis, Meitei Pangals and other smaller Schedule Caste communities''. It also said that the “Hill Area” accounts for 92 percent of the State geographical area and the valley is limited to 8 percent.

“It is not a denying fact that no attempt was ever made to take into account the vast geographical areas of the hill constituencies, for instance, geographical area of Phungyar constituency (ST) is bigger than the entire valley areas which is represented by 40 representative,” said the memorandum of ATSUM, KSO and ANSAM. “In this backdrop, the voice of the hill people is inadequately represented in the state assembly, making the democratic participation of the hill people in a very insignificant manner,” the three hill based student bodies added.

The memorandum then said that, while the ECI is doing its best to carry out the democratic exercise of delimitation in Assam, Nagaland, Manipur and Arunachal Pradesh as per the provision enshrined in the delimitation Act 2020, “it is neither desirable nor tolerable to witness the mala-fide move of the valley centric civil organisations and parties in the valley of the state political to obstruct the process of delimitation in Manipur on a flimsy ground with a mala-fide intention to deprive the political rights of Manipur bestowed by the constitution of India under the Delimitation Act 2002”.

The memorandum also said that it is a “grim reminder to all sundry” that there had been serious legal battles in the court of law between various tribal organizations and the then ruling SPF government headed by O Ibobi Singh for and against delimitation exercise.

The memorandum then said that the “strong opposition and objection” raised by the then Congress government against the census of 2001 on the ground of abnormal decadal growth rate in 9 sub- divisions of the hill districts of Manipur had been rectified by the concerned Census Authority of India on the basis of reasons for abnormal high growth rate of population as furnished by the then respective Deputy Commissioners of the various districts addressed to the director, Census Operation, Manipur.

The memorandum of ATSUM, KOSO and ANSAM added that it is “crystal clear that the majority community always tends to dictate under their whims and fancy over the state by enjoying the lion’s share in the house of people and further repressed upon the tribal populace in the state”